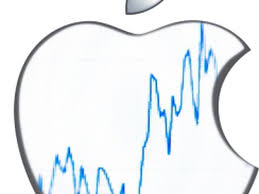 Apple Stock Just Got Downgraded, And It Deserves It

Even as Apple’s stock keeps soaring to heights that you think would worry Wall Street, the analyst community by and large keeps touting its stock as a terrific buy. But on June 4, Apple suffered a rare downgrade, from Andy Hargreaves of tech-focused research firm Pacific Crest Securities. By lowering Apple from the equivalent buy to hold, Hargreaves joins just four other analysts in the latter camp, versus 25 peers whose buy rating tags the iPhone maker as still underpriced.

Hargreaves’s downgrade came on the eve of Apple’s annual World Wide Developers’ Conference, which started Monday. It’s traditionally a time when speculation about the company’s plans, and hype about its potential, grows even more feverish.

Hargreaves predicts that by this time next year, Apple’s stock (aapl) will be selling at $ 10 below its current price of $ 154. His headline: Investors are expecting too much from Apple, given its current, super-rich valuation. His view is that its stock price expresses excessive optimism over future sales of the iPhone 8, which is expected to arrive this fall, and incorporates none of the risk that the much-lauded launch will disappoint.

He’s right to play the skeptical contrarian. The fundamental problem is the big run-up in Apple’s stock. Just five months ago, Apple looked like a buy. Now, it looks both pricey and high-risk.

On November 7, the day before the U.S. election, Apple shares stood at $ 108, and its market cap was $ 589 billion. Since then, the surge to $ 154 per share has swelled its market cap by 37%, to $ 804 billion. That increase of $ 215 billion is one of the great runs in the history of capitalism, adding more value in less than half a year than the total capitalizations of corporate giants including Merck, Pfizer and Chevron.

Before that historic sprint, Apple investors could feel confident about being richly rewarded in the near term. In fiscal 2016 (ended in September), Apple earned $ 45.7 billion; hence, it’s price-to-earnings multiple in November was a modest 12.9, and its dividend yield a strong 3.4%. For years, Apple has been returning virtually all of its earnings to shareholders in dividends and buybacks. So investors could expect a return of 7.75% from that combination alone. If earnings simply grew with inflation at 2% annually, they’d pocket a total of 9.75%. In other words, investors could reap near-double digit returns even with minimal profit growth—and minimal risk.

The recent surge darkened that picture. Apple’s profits haven’t increased at all of late. Based on the four quarters ended on April 1, it earned exactly the same $ 45.7 billion over the past 12 months as it did in fiscal 2017. But because its stock price exploded, so did its PE, growing from 12.9 to 17.7. So let’s assume that Apple keeps plowing all those earnings into dividends and buybacks. That combination now provides a return of 5.6% instead of 7.75%. Add profits that simply wax with inflation, and total return rises to 7.6%, way below the almost 10% you could expect pre-election.

Wall Street is counting on a lot better from its darling. And in fact, Apple is a risky investment, so you need to believe 10% returns are awaiting before summoning the fortitude to buy the stock. So what must Apple do, from this summit, to deliver the 10% return that looked like a sure thing in late 2016?

For the 10% scenario to materialize, Apple would hit the $ 1 trillion landmark in market cap in 2022. Of course, that’s the feat that most of Wall Street considers a cinch.

Can it happen? Highly unlikely. Apple’s profits have careened erratically over the past several years, without showing an overall trend of increases. Earnings have essentially been flat since late 2011.

Hargreaves, the analyst who downgraded Apple, doubts that the iPhone 8 launch will deliver what investors expect, an earnings lift comparable to the jolt from the iPhone 6. He states the foundation for all that optimism—mid-to-high teens growth in iPhone units and expanded operating margins—probably won’t happen. “This would require strong growth in sales to new users and extremely strong replacement volume, a combination that seems unlikely,” he says.

Before Apple’s value surged by over $ 200 billion, a more modest forecast for the iPhone would still have produced a happy outcome for investors. Now, the bogey is just too high. Even before the its stock jumped, Apple was threatened by the law of large numbers. Now, the numbers are a lot larger, and Apple’s hopes of surmounting them a lot dimmer.