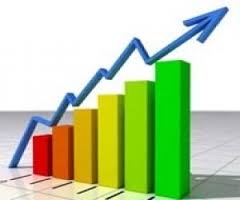 Equity benchmarks managed to end at new record closing highs after volatility on Monday but the broader markets underperformed throughout session. HDFC Group, FMCG, select auto stocks and Reliance helped the Nifty close above psychological 9,600-mark for the first time but the correction in select banks, technology stocks and Sun Pharma limited gains.

Experts expect the market to continue to hit fresh record highs, which not only because of liquidity but also likely faster recovery in earnings going ahead. Valuations may remain high in short term, they feel.

Tushar Pradhan, CIO, HSBC Global Asset Management observed that the market was not rising just because of sentiment or liquidity. There has been an earnings surprise in many cases and such fundamentals are driving it, he said, adding that earnings in FY18 could be better.

“The market is assessing the earnings which have been much better than anticipated,” he said.

The broader markets underperformed benchmarks on weak breadth and sharp correction in Anil Ambani & Adani Groups stocks. The BSE Midcap index lost 1 percent and Smallcap shed 1.5 percent as more than two shares declined for every share rising on the exchange.

Anil Ambani Group stocks were under pressure, especially after a media report indicated that as much as 10 banks have raised a red flag on Reliance Communications that posted a loss of Rs 1,285 crore in FY17. The stock hit a 52-week low of Rs 19.70 during the session, before closing down 20.54 percent at Rs 20.50.

Other group stocks like Reliance Infrastructure, Reliance Defence, Reliance Power and Reliance Capital were down 6-11 percent.

Sun Pharma and Tech Mahindra were biggest losers among Nifty stocks, down 11.6 percent each to hit more than 40-month low after disappointing earnings for the quarter ended March 2017.