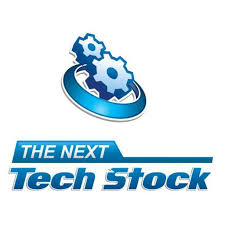 The Most Important Lessons: Don’t Ignore the Technology Stocks

It was a terrible mistake and lesson for me to ignore technology stocks for a long time. The mental bias towards the technology sector can probably be traced to the following factors:

You can see how the above factors created a powerful lollapalooza effect for value investors when it comes to the technology stocks.

Frankly, I probably would still have shunned the technology sector had I not been forced to study it as part of the research because it was disrupting so many of the companies I follow. In late 2014, I started following media companies such as Disney (DIS), CBS (CBS) and 21st Century Fox (FOXA). The biggest concerns with regard to the media companies were cord-cutting and the shift of advertising revenue from traditional channel (radio, print, billboard, linear TV and etc.) to digital channel. As part of the research to understand the ecosystem, I had to study Netflix (NFLX), Google (NASDAQ:GOOG) and Facebook (FB). It was an intimidating task. I had no idea how Google’s AdWords and Adsense worked, not to mention their competitive advantages. I also didn’t understand why Facebook (FB) had all the buzz in the advertising world.

As I dived deeper, I gradually overcame my fear of the technology stocks and actually became fascinated by the great culture that was established by the Google and Facebook founders. At the same time, I started to pay more attention to how Amazon (NASDAQ:AMZN) has gradually become part of my life.

What’s even more fascinating is the disruptions that we have witnessed by the Googles and Amazons of the world, especially in the retail world, where value traps have been abundant. Look at what happened to JC Penney (NYSE:JCP), Macy’s (NYSE:M), Target (TGT), Bebe Stores (NASDAQ:BEBE) and the like. Look at what Square inc (SQ), Paypal (PYPL) and mobile payment system did to VeriFone Systems (PAY). Notice how Amazon (NASDAQ:AMZN) has come up with its own delivery fleet and its own Uber system. Compared to a mere 10 years ago, technology has made disruptions more powerful and more frequent. This means every value investor needs to accept the new reality, and we need to pay more attention to the technology companies, especially the ones who set out to disrupt the existing world.

In terms of researching technology stocks, I resonate more with Zhanglei from Hillhouse than with Mr. Buffett. Hillhouse is known for “investing in change.” Zhanglei reportedly used Airbnb, Uber and internet-based deliver services when he travels. Hillhouse is also known for its investment in China’s internet giants such as Tencent.

Buffett, on the other hand, chose to invest in IBM (NYSE:IBM) and Apple (NASDAQ:AAPL), or technology companies he can easily assess the user habits through Berkshire’s wholly owned subsidiaries. I would say both are playing in the field they are good at. Mr.Buffett and Mr.Munger have intentionally designed their daily lives in a way that minimizes the impact of rapid changing technologies such as social network. This helps them stay focused but at the same time, leads to the inevitable competitive disadvantage compared to tech savvy investors such as Hillhouse.

I’ve written many times that each investor has to invest in a way that fits his or her own personality type and experiences. The same rule applies to technology stocks. I think it’s imperative that we learn more about the technology stocks so at least we can watch how they might disrupt the world. But we should also develop our own plan in terms of choosing the type of technology companies we follow and to what extent should we keep up.