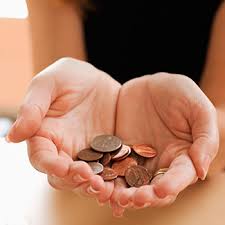 The Real Reason Americans Are Falling Behind Financially

As many Americans continue to struggle to make ends meet and save for retirement, it makes sense to try to understand what’s behind these difficulties. Here’s one answer worth taking another look at. In her 2012 book, “Pound Foolish: Exposing the Dark Side of the Personal Finance Industry,” journalist Helaine Olen explored why many Americans fall short on financial know-how, despite the avalanche of advice provided by finance experts.

She homed in on one startling reality about how Americans manage their money today. According to Olen’s research, the average family spent 75% of their discretionary income on housing, healthcare and education in the 2000s. By comparison, those same things cost the typical American family 50% of their income in 1973.

A decade has passed since the rumblings of the financial crisis first began in 2007. While the overall economy has strengthened, Americans’ personal economies have not necessarily improved on the same scale. Olen’s book outlines some of the reasons why people paid more to fill their basic needs in the 2000s, many of which are still influencing how Americans manage their money today.
How Americans Spend: Then and Now

Today’s personal finance advice often misses the mark when it comes to the root problem of why so many Americans have difficulty with their finances, Olen explains. She uses the “latte factor” as an example. (See: 5 Finance Myths Millennials Should Avoid.)

The latte factor concept is a well-known piece of financial advice that advocates cutting out a daily coffee habit and saving that money instead. The premise is that by trimming away these small, nonessential expenses, you can save that money and build wealth.

Olen challenges that idea: It’s not the frivolous things, like lattes or big-screen TVs that are the problem, she contends. Instead, it’s the increasingly high price tag for trying to cover basic needs, such as keeping a roof over your head, going to the doctor or getting an education.

Consider how household expenses have changed in the years since the economic collapse. In 2007, the U.S. Bureau of Labor Statistics calculated the average household expenditure at $ 49,638. According to the BLS, the major components of spending – food, housing, clothing, transportation, healthcare, entertainment, insurance and pensions – accounted for roughly 90% of total spending. Expenditures in all those categories increased year over year from 2006.

While spending has increased, household incomes have more or less flatlined. In fact, workers in 2017 are earning a lower median household income than they were in 2007. The real median household income in the U.S. is currently $ 56,516, whereas it was $ 57,423 a decade ago. Olen acknowledges that this is not a new phenomenon. Citing Federal Reserve data, she points out that median income for families in the 35-to-44-year-old age bracket dropped by 14% between 2001 and 2010.

When you compare the spending figures to the real median household income being earned in the U.S., it appears that Americans are spending nearly everything they make. Not surprisingly, they’re also struggling to save. A 2016 Bankrate survey found that 59% of Americans lack an emergency fund. One in three Americans has nothing saved for retirement. (See: 12 Tips for a Financially Sucessful Retirement.)
What’s Keeping Some Americans From Getting Ahead

If prices had stayed as stagnant as wages Americans would be better off. But prices are rising. And the situation has only worsened since Olen’s book was published almost five years ago, in December 2012.

Olen uses education as an example. Data from the CollegeBoard shows that tuition prices at both public and private colleges and universities have increased steadily since 2007. For the 2006-07 academic year, tuition and fees for a public four-year school averaged $ 6,860. Today, the average rate is $ 9,650. At private universities, the average tuition has climbed from $ 26,380 to $ 33,480.

Healthcare also continues to take a toll on American wallets, with the U.S. Department of Health and Human Services putting the per capita cost of healthcare at more than $ 10,000 for 2016. With the Affordable Care Act’s future in doubt, paying for healthcare could become even more challenging in the coming years.
The Bottom Line

In dissecting the true value of expert financial advice, Olen’s book exposes some hard truths about the financial difficulties many Americans encounter. If prices continue to move at a faster upward pace than wages, it could become even harder to break even. What happens next remains to be seen. If President Trump succeeds in pushing through his agenda for tax reform, some Americans could enjoy some financial relief in the form of lower taxes and higher tax deductions. Others might end up owing more than now (see Trump’s Upper-Middle-Class Tax Increase).