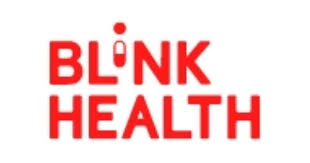 Blink Health, a New York-based prescription drug startup, is embroiled in another lawsuit. This week Michael Karsch, an early investor, sued the company and its founders for $ 30 million for violating securities laws, fraud, breach of contract, unjust enrichment and fraudulent misrepresentation and concealment.

In 2014, Karsch, a hedge fund investor, made a $ 1 million investment in Blink Health. According to the lawsuit, the founders promised Karsch’s investment would convert to an equity stake of no less than 5%. But Blink Health founders Michael and Geoffrey Chaiken allegedly did not convert Karsch’s investment to equity. An equity stake of that size would be worth $ 30 million as of Blink’s latest fundraise. (In April the company raised $ 90 million at a valuation of $ 600 million. The company has raised a total of $ 165 million in funding.)

In addition, the Chaikens allegedly gave Karsch a list of investors that they had lined up as a way to entice him to invest, while knowing that those investors were not planning invest in the Bridge 1 round of financing. They also allegedly pitched Karsch with a presentation claiming it had board members it did not have, according to the lawsuit. Further, they failed to inform Karsch of the fact that he was the only investor in Schedule 1 notes, or that his initial investment did not convert to equity, according to the lawsuit. “It was all part of Chaikens’ plan to later defraud Karsch out of his not-less-than 5% valuable equity ownership stake in Blink Health,” the lawsuit alleges.

The lawsuit also alleges that the other seed investors, who didn’t invest in the same financing as Karsch, were “offered back-door deals for the issuance of Series A shares in subsequent rounds of financing behind Karsch’s back.” That includes Formation 8, the now-defunct venture firm co-founded by Joe Lonsdale. Lonsdale’s new firm, 8VC is now Blink Health’s largest investor. Blink wired Karsch’s money back to him. The lawsuit claims that Blink closed the bank account so Karsch could not reject the wire transfer.

A Blink Health spokesperson provided the following response: “We find this complaint very surprising because Michael Karsch repeatedly demanded that his loan to the company be repaid with interest, and the company had the right to do so. The allegations in the complaint are demonstrably false, and many have been recycled from a complaint filed by the same attorney on behalf of a disgruntled former employee and are irrelevant to the claims alleged here. This is an attempt by Michael Karsch to shake down a company that is is creating value for its customers, employees and shareholders. We will defend ourselves vigorously against these baseless claims in the court of law.”

This is the second Blink Health lawsuit. In November, the company’s ex-CFO sued the company for breach of contract and violating the protective whistleblower provisions of the Dodd-Frank Act by firing him after he allegedly alerted them to securities violations. That case settled earlier this year.