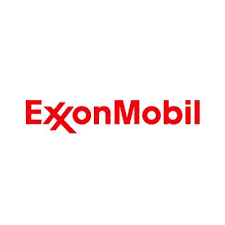 1. Jobs report: On Friday, the Labor Department will reveal how many jobs were added in May.

A strong report could bolster the case for another interest rate hike. The Federal Reserve has already said it will likely raise rates in June — a sign it’s confident in the economy’s health. The Fed last triggered a hike in March.
Unemployment dropped to 4.4% in April, it’s lowest level since 2007. Economists believe the U.S. economy is now at or near full employment.

2. ExxonMobil’s big meeting: Exxon will be holding its annual shareholders meeting on Wednesday.

Stock holders will likely bring up climate concerns. Exxon has called on President Trump to remain in the Paris climate deal, saying the global agreement provides an “effective framework for addressing the risks of climate change.”

The meeting comes two weeks after Exxon announced plans to open its first Mobil gas station in Mexico. The company also promised to invest $ 300 million in operations and marketing over the next decade.

3. Earnings season winds down: We’re almost done with first-quarter earnings, and investors hope Lululemon (LULU) will go out with a bang (or at least a sparkle).

The fitness retailer’s stock slid in March after its CEO admitted that its clothing was just, well, boring. Vera Bradley, Michael Kors and Express are also on the earnings docket.

The conference in Los Angeles will focus on a variety of topics, including the future of digital tech and product development.