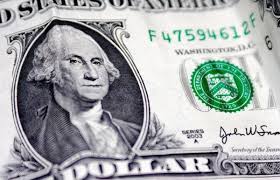 The dollar was flat on Friday as a Federal Reserve official’s seemingly dovish remarks and uninspiring data on the U.S. economy doused the sanguine mood from earlier this week.

The euro rebounded from a two-week trough, and the dollar fell to its low on the day against the Japanese yen after comments from New York Fed President William Dudley. Seen as one of the most important members of the Fed’s rate-setting committee, Dudley said the central bank was in no rush to tighten monetary policy.

His comments followed less-than-stellar data on U.S. consumer spending that showed that even as confidence hit its highest level in more than 16 years last month, Americans are still holding their wallets tightly.

One Fed Official Says the U.S. Economy is Back to Normal

“We’re not seeing great sentiment one way or another, but bursts of enthusiasm this morning definitely got squelched by the comments and economic data,” said Boris Schlossberg, managing director of FX strategy at BK Asset Management.

“A lot of the air went out of the balloon today because we didn’t get quite the positive data set that we wanted and we’re still getting relatively cautious commentary from the Fed.”

The dollar index , which tracks the greenback against six rival currencies, was little changed from its late Thursday levels at 100.40. Backed by early-week gains, however, it is on pace for its best week since mid-February.

Similarly, the euro, which briefly hit its lowest since March 15, was on track for its worst week in seven as investors this week have revised their expectations for when the European Central Bank will begin to tighten monetary policy.

The dollar hit a 10-day high against the yen in overnight trading, but reversed that move, touching its session low after Dudley’s remarks. It was last down 0.25% at 111.61 yen.

The dollar rallied as much as 2.5% against South Africa’s rand to 13.613, its highest since early February, after President Jacob Zuma fired finance minister Pravin Gordhan in a cabinet reshuffle following days of speculation that has rocked the country’s markets and currency.