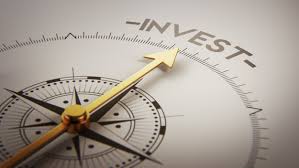 What Happens When Startups Fire Their Investors

On Wednesday the startup community was buzzing over a story by Business Insider’s Alyson Shontell about Wiley Cerilli, an entrepreneur and venture partner at First Round Capital, and President Trump’s son-in-law Jared Kushner. Cerilli’s startup, Good Uncle, took a small seed investment from Kushner. (Not to be confused with his brother Josh Kushner, who is a much more active venture investor through his firm Thrive Capital.)

Last year Cerilli, who disagreed with the political stances of Trump and was uncomfortable with Kushner’s role the presidential campaign, did something unusual. He gave the money back. You can read the details of how that exchange went down here.

Outside of a proper exit (selling or going public), it’s very uncommon for startups to return an investor’s money. When it does happen, it’s usually for two reasons:

1. The company is a failure and has some money left in the bank. It’s a gesture that’s meant to show goodwill by giving investors a partial refund. Secret, the anonymous social media app, returned some money to investors when it shut down.

2. The company has decided to pivot. Many startups dramatically change course. If the company raised venture capital for, say, an on-demand delivery service, and suddenly becomes a photo-sharing company, it only seems fair to offer those VC’s the chance to re-assess the opportunity.

Usually it goes the other way, as happened with Nextdoor. The company started out as a sports site called Fanbase. Two years later, when it pivoted to its current product, the founders asked its investors at Greylock if they wanted their money back. Greylock said no – they invested in the team, regardless of what product they eventually build.

The logistics of returning investor money can be complicated, because the startup and all of its investors must unanimously agree. It’s not just the company and the single investor that wants out – every other investor needs to be offered the same deal, and they all have the ability to veto such a transaction. The more money the startup has spent, the more complicated the transaction becomes.

What Cerilli did – returning the money on principle — is much rarer. The fact that his company had enough money in the bank and its investment from Kushner was small made the break-up easier.

I asked Founders Fund, Peter Thiel’s venture firm, whether it had encountered anything similar, given Thiel’s association with Trump. A firm spokeswoman said no portfolio companies have asked to divest. One recipient of a grant for Thiel’s Fellowship program dropped out in November, noting “Trump represents the darkest, most cruel aspects of our society, and the free money is not worth having that on my conscience every few months when a wire transfer comes through my bank account.”

If any Founders Fund companies had asked to divest, they probably would have had a harder time than Cerilli. Founders Fund tends to lead deals, meaning the startup would be attempting to return the bulk of the capital it raised. That also means the companies would have already spent a bigger chunk of the money they’re trying to return. For now, the Good Uncle give-back appears to be an isolated event. “Wiley is the most principled founder I’ve ever met,” one investor said.