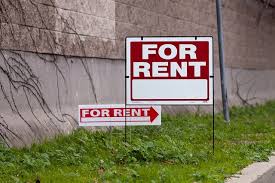 Rents have been rising faster over the last several years, and as a result, a new study says the affordability of rental units has declined, with black and Hispanic communities hit particularly hard.

In 2016, it took about 44% of income to make rent in predominantly black communities, up from 40% five years earlier, according to a report by Zillow released Thursday. In Hispanic communities, about 48% of income goes to the monthly rent check, up from 41% in 2011.

Skylar Olsen, a senior economist for Zillow, calls it an “affordability crisis.”

The story is primarily driven by sluggish wage growth, she told Fortune. While rents tend to be lower in minority communities, those same communities have benefitted least from recent improvements in the job market. The average income for households in black neighborhoods has increased about 2.9% over the last five years, compared with a 5.4% rise in white communities.

You’ve probably heard of the 30% rule of thumb, which says that whether you rent or buy, it’s best not to spend more than 30% of your gross income on housing each month. But that rule is currently holding true only for residents of primarily white communities, who pay less than a third—or about 31% of their income—to cover rent, the Zillow report said.

This affordability gap limits the upward mobility of people who live in minority neighborhoods. As a larger portion of their paychecks goes to cover housing, they’re more likely to put off other important expenses like medical care or planning for retirement. It’s also harder to save for a rainy day emergency fund, let alone a down payment for a home.

“African-American and Hispanic renters find themselves in a catch-22 situation—while owning a home is a great way to build wealth, you need to save up some cash to be able to buy. If you’re spending close to half of your income on rent, saving up that down payment is going to be incredibly difficult,” Zillow’s chief economist Dr. Svenja Gudell said in a press release.

The Zillow report is based on data measuring market-rates for rental units in census tracts. When market rates aren’t affordable, it can mean more low-income renters will remain permanently stuck in public housing or subsidized housing, Olsen said.

When compiling the report, Zillow’s economists looked at individual census tracts and categorized them by the largest racial group present in each area. Next, they used Census Bureau data on the median household income in each of those neighborhoods, alongside Zillow’s own measures of rent and mortgages to calculate affordability.