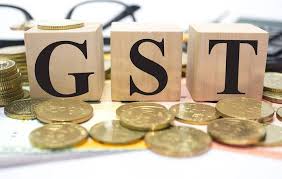 The legislation, which has broad support and is expected to pass parliament with ease, is part of the biggest tax reform the government has undertaken since India’s independence in 1947.

The tax reforms, which aim to unify most federal and state taxes, are expected to boost economic growth by about 0.5 percentage points in its first year of implementation. The government also hopes the new taxes will broaden its revenue base and cut compliance costs for companies.

New Delhi expects to get parliament’s nod for the four bills in the current session, scheduled to end on April 12.

A fifth bill must also be approved by state assemblies before the new tax system can be rolled out.

The government hopes to impose the new taxes starting July 1. But some analysts said that date was likely too optimistic as many companies were still not ready for the new tax system.

It would consist of a four-tier tax structure of 5, 12, 18 and 28 percent, though there would be a provision to set the peak rate at 40 percent to deal with any financial emergencies.

The Goods and Services Tax Council, comprising federal and state finance ministers, earlier approved the new tax plan. The council will meet again on March 31, and will likely approve the items in each tax category.

Under the legislation, the government also plans to impose a surcharge on taxes on items like luxury cars, soft drinks and tobacco products. The surcharge will be capped at 15 percent.

Many food products and other essential commodities will not be taxed.

The government will create a fund to compensate states for any revenue lost from the new GST during the first five years.