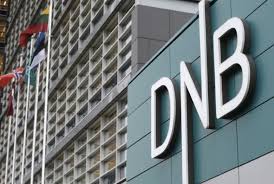 Norwegian bank DNB has sold its share of loans funding the Dakota Access oil pipeline, it said on Sunday, ending its involvement in a project that has faced strong opposition from Native Americans and environmental groups.

DNB announced in November that it would review its participation in the financing of the Energy Transfer Partners LP project, which will move crude oil from the Northern Plains to the Midwest and then on to the Gulf of Mexico.

After meeting, among others, representatives from the Standing Rock Sioux tribe as well as the pipeline company, DNB decided to pull out, it said.

“By selling our stake, we wish to signal how important it is that the affected indigenous population is involved and that their opinions are heard in these types of projects,” senior DNB executive Harald Serck-Hanssen said in a statement.

“Although there have been attempts at consultation by the project parties, the outcome of the process suggests that these have been inadequate.”

A DNB spokesman declined to disclose the size of the bank’s loan or who had bought it.

Norwegian daily Aftenposten has reported that DNB was responsible for 2.8 billion Norwegian crowns ($ 331 million) in loans to build the pipeline, close to 10 percent of the cost of the project. ($ 1 = 8.4496 Norwegian crowns)