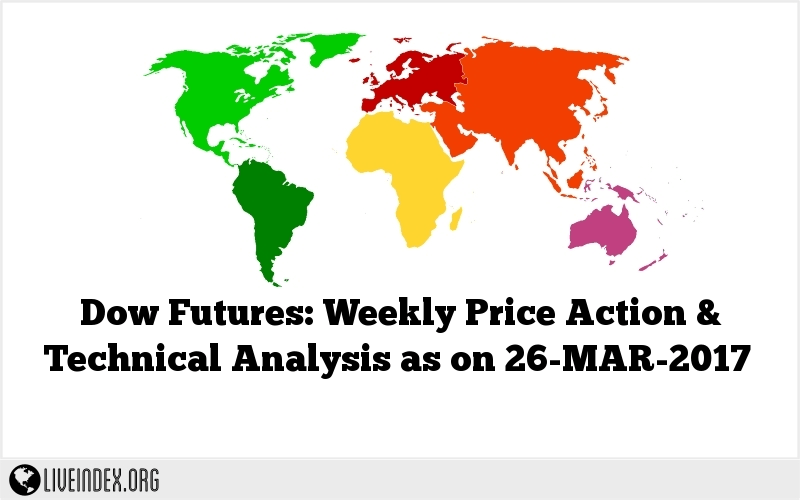 20 weeks after the US elections, a big bearish Weekly bar was seen for the first time. Like the S&P Futures, the Dow Futures have made an Upthrust (false thrust up followed by a reversal to the other direction) last Tuesday, revealing  weakness. The current correction is seen on the Daily chart as an AB=CD pattern.

The price created a bearish setup by taking out the Weekly Low at 20745, and last Friday the price hit the same amplitude target below (see the Daily chart).

Last Friday closed as a big Doji bar closing in the middle, meaning that the market most likely has time and is not in a hurry to decline.

However, the market has already created a bearish Follow Through setup price action, by taking out  the Low of last Wednesday. The target is at the 20345 level area, near the 161.8% expansion level of the whole decline since the March 1st.

I wouldn’t recommend that bearish setup (on a Swing trade) because of last Friday’s closing in the middle, and the fact that it is bucking a strong uptrend on higher timeframes.

Taking out the High of last Thursday is a bullish setup to reach 20920. Most likely if that happens, it should happen within more than one trading Day – unlike the behavior on the way down. The resistance at 20810 should play a major role in understanding that price action..

Dow Futures, various timeframe charts (at the courtesy of prorealtime.com)