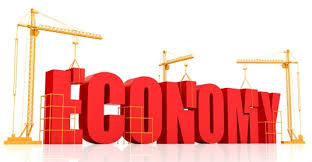 One Way the Trump Economy Already Looks Like the Great Recession

An important indicator of the economy is now flashing, “Warning ahead.”

So-called “soft data” like surveys of consumers, small businesses, and homebuilders have pointed to a sugar-rush in optimism about the U.S. economy lately. Nonetheless, a measure of ability and willingness from businesses to borrow is telling a less cheerful story.

There’s been a sudden slowdown in new credit extended to businesses over the last year, one that strategists at UBS are calling “drastic” and “highly uncommon outside of economic downturns.”

The Swiss bank’s credit strategist Stephen Caprio and economist Robert Sockin looked at both business loans from banks, as well as corporate bonds, and found that both sources of credit are decelerating. As you can see from their chart below, the last two times this happened, it coincided with the dot-com bust and the Great Recession.

Commercial and industrial loans issued by U.S. banks grew by an average of 9.5% a year between 2012 and 2016. That, though, has suddenly slowed to just a 1.1% annualized growth rate from November to mid-March.

(Related: The Market You Really Should Be Watching Is Losing Faith In the Trump Bump)

What’s more, businesses don’t appear to be increasingly turning to the corporate bond market for their funding instead. When Caprio and Sockin exclude bond issuance that’s earmarked for refinancing, they find that new lending through the non-bank corporate bond market is decelerating at nearly the same rate as bank loans to businesses.

Why do we care? Well, when credit to businesses slows, it may signal one of two things: either banks are tightening their standards, for example by rejecting loan applications from riskier borrowers, or there’s simply less demand for loans. Neither is a good sign for where the economy is headed, likely signaling that firms will be less willing to invest in capital improvements like buying new machines or upgrading their technology.

So what’s happening here? Well, the first theory—that banks are tightening credit standards for businesses—doesn’t hold. Bank loan officers surveyed by the Federal Reserve report that they largely left their standards unchanged at the end of 2016, and they intend to ease those standards in 2017.

The UBS team dug into the data further and are convinced the trend instead is being driven by weaker demand from businesses. They identify three key reasons this trend is happening.

Political uncertainty is perhaps the biggest driver, Caprio says. Although business leaders may welcome President Trump’s proposals to repeal Obamacare, reform the tax code, and invest in infrastructure, they’re still in a wait-and-see mode. Why start a large investment or project, if you don’t yet have much clarity on whether these policies can actually pass through Congress?

“The underlying animal spirits are still there,” says Caprio, who believes that political clarity today would lead to a pick up in credit demand. “On the other hand, the longer that we have political uncertainty, the more likely the data are going to disappoint.”

Today’s vote in the House of Representatives on the Republican health care bill is one of several pivotal moments that could fuel more uncertainty for businesses.

If the bill fails, Caprio says that could lead to what economists call a “negative feedback loop.”

As stocks fall, recent optimism in the various confidence surveys is likely to also become more subdued, leading to perhaps more economic uncertainty and as a result, more businesses putting more investments on hold. The cycle goes on. It’s Trump slump all the way down.