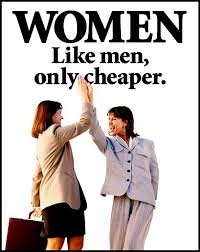 Florida may be the first state to close the gender wage gap. Women in Wyoming, however, may have to wait until year 2153 until they make as much as their male counterparts.

That’s according to projections released by the Institute for Women’s Policy Research on Wednesday.

Julie Anderson, a senior research associate with IWPR, used Census data to measure how wages for full-time, year-round working men and women have changed in each state since 1959. Then she used these historical trends to predict how much longer it will take to close the pay gap between the sexes. The answer, to say the least, is depressing.

To be sure, the past isn’t always a good predictor of the future, but the projections do give a sense of just how sluggish progress has been so far.

For the country as a whole, women earned about 80 cents to a man’s dollar in 2015, and if improvement continues at its historical snail’s pace, it will take until 2059 (another 42 years!) to close the remaining 20-cent gap.

There are significant regional variations in the data. Florida, on the fastest trade to gender pay parity of any state, may still only get there by 2038.

Anderson noted that the differences between states may be related to the types of industries based there, as well as local policies promoting equal pay and work-life balance.

In states with the slowest progress—namely Wyoming, Louisiana, and North Dakota—there are a high number of men working in energy, extraction, and construction jobs. These industries tend to pay above-average wages, but employ very few women, she said.

In Wyoming, full-time working women earned about 66 cents for every dollar a man earned in 2015, according to Census data.

“Occupations are such a big part of the explanation for the wage gap and also a big solution,” she said. “If there’s a real applied effort to get women to take on more non-traditional jobs—for example in construction and energy—that could very quickly make a difference in these predictions.”

For states that are closest to erasing their wage gaps, the story is mixed. On one hand, there’s some bad news. For Florida and Nevada, the wage gap is narrowing not because women are benefitting from rising wages, but because average pay for men has fallen relative to women. This is not exactly the story of progress women’s advocates hope for, Anderson said.

The story is more optimistic for California and Maryland, which are both projected to close their wage gaps in 2043.

“These states are working very intentionally to pass the kinds of policies that support whole families being in the labor force,” Anderson said. “Policies like paid sick leave and medical leave lead to a better scenario for both women and men.”

In an earlier report released in November, Anderson used the same methodology to illustrate even more dire projections for women of color.

The wages of black women are not expected to be in line with the wages of white men until 2124, and for Hispanic women, it could take more than 200 years—until 2248—to close the gap.

“The gap is so very wide,” Anderson said. “Unless there really is some significant change, that is an unbelievable slow plod toward equality.”

What about global progress? On the world stage, wage parity is unlikely to happen during your lifetime.

A separate study, released two years ago by the World Economic Forum, predicts it will take the world until 2133 to the close the economic gender gap.