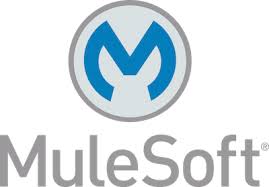 MuleSoft, the business software maker that’s slated to launch its much-watched initial public offering Friday, has priced its shares at $ 17, above the anticipated range of $ 14 to $ 16. That would raise $ 221 million and value the company at about $ 2.9 billion.

Companies often write custom code to tie together apps, but MuleSoft’s pitch is that it is better for developers to use standard application programming interfaces to make such integrations easier to pull off more quickly and simpler to repeat. MuleSoft claims customers including Amtrak, Citrix, Coca-Cola, StubHub, and Anheuser-Busch.

When it filed its IPO papers last month, MuleSoft said it expected to raise $ 100 million.

During its life as a private startup, MuleSoft raised approximately $ 259 million in venture funding from backers including Lightspeed Venture Partners, Hummer Winblad, and New Enterprise Associates. Salesforce Ventures led a $ 128 million Series G round in 2015 that put its valuation at $ 1.5 billion at the time, making it another “unicorn,” or private startup valued at $ 1 billion or more.

MuleSoft’s application integration technology competes with products from IBM, SnapLogic, Tibco, and others. Another rival, Apigee, which went public in April 2015, was snapped up by Google last September for $ 625 million.

Okta, another business software provider, filed for an IPO earlier this week.