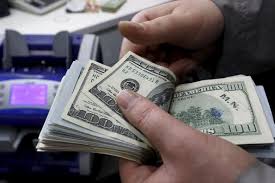 Only two years ago, an outage similar to the one that struck Amazon’s cloud services last month would have reinforced U.S. financial firms’ view that shifting data and systems onto the public cloud was just too risky.

The fact that the Feb. 28 shutdown had no visible impact on the industry’s use of cloud services goes to show how far it has progressed since then in embracing the cloud after nearly a decade of hesitation.

That change of heart came after providers Amazon (amzn), Microsoft (msft) and Alphabet’s Google (goog) took steps to assure financial firms and regulators that the cloud not only made tech systems cheaper and faster, but also more reliable and secure than their own server-filled warehouses.

The benefits are so unquestionable that last month’s outage caused by an employee who typed in a wrong code was barely a bump on the road to the cloud and merely a reminder that no technology is foolproof, financial executives, Silicon Valley vendors and analysts who work with them said.

The payoffs of using the cloud are clear for an industry engaged in rounds of relentless cost-cutting.

Developing an application on the cloud can help reduce the time it takes to launch from 89 days to 15 days, according to consultancy McKinsey & Company.

Amazon is the biggest provider with 40% of public cloud business, according to Synergy Research. That market totaled $ 7 billion in the fourth quarter, and is growing at an annual rate of 50%.

FINRA now runs 90% of its critical applications, including market surveillance, on Amazon’s cloud, saving $ 20 million annually. The recent outage did not affect its satisfaction.

“The capability and flexibility to recover quickly is much greater, and it is far more cost-efficient than operating your own geographically dispersed data centers,” said spokesman Ray Pellecchia.

Cost savings alone would not have been enough to lure big financial firms.

For years, the industry sat on the sidelines due to concerns about data security and regulatory compliance as other corporations took advantage of the cloud’s benefits. Silicon Valley took notice and made changes.

For instance, Amazon has expanded its number and locations of data centers around the world to allow customers to choose a particular center to comply with different countries’ privacy rules. Customers can also get dedicated servers to avoid sharing them, or can access information through private networks.

In late-November Amazon introduced the “Snowmobile,” a tamper-resistant 45-foot (13.72 m) container pulled by a semi-trailer truck that securely transports customers’ servers to its own data centers.

Here’s How Much Sitting in Traffic Costs

Amazon customers can also set up systems to automatically shift to another data center within its 16 global regions if an outage occurs. That minimized the impact of the recent outage, four financial customers said.

George Brady, who heads shared technology operations at Capital One, told Reuters the bank believed big tech companies had “controls for public cloud that are as good or better than capabilities we would provide.” He was speaking before the outage, but later said the bank had factored in occasional glitches and remained committed to the cloud. Capital One builds all new applications on the cloud and plans to reduce its data centers from eight to three by next year.

John Madsen, co-head of technology at Goldman Sachs, said his bank has worked with vendors to ensure cloud networks were secure and reliable, and was satisfied with the results. “We’ve had a lot of success with those efforts,” he said.

Customers, regulators and lawyers acknowledge that cloud failures could, in theory, wreak havoc. That is why large financial institutions have mostly kept highly sensitive data off the cloud and have back-up plans, like using multiple vendors. An apocalyptic scenario where many data centers fail at the same time is highly unlikely, they say.

At a conference this month, Scott Mullins, the Amazon executive responsible for generating new cloud business from financial firms, said security has given way to other issues as financial customers’ top concern when making the decision to move.

“About four years ago when we began in earnest talking to financial institutions… security was the No. 1 topic,” he said. “Today we don’t spend as much time talking about security.”