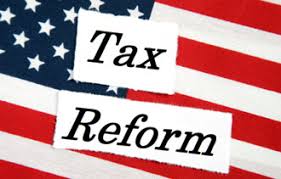 Trump’s Tax Reform Is Going to Get Severely Bogged Down

Don’t tell the stock market, but prospects for quick action on a tax code overhaul aren’t looking great. It’s contending with a crowded Congressional calendar, for one, but a more pressing problem might be that the GOP is still split on fundamentals.

A push by House Republican leaders to impose a new levy on imports has generated the most static so far. That measure, the so-called border adjustment tax, would pay for lower corporate rates across the board by raising some $ 1 trillion over a decade. But major retailers and oil refiners, among others, argue it would cause prices on consumer goods to spike. That has prompted opposition from some Senate Republicans, including Sen. Tom Cotton of Arkansas, Walmart’s home state, and Georgia Sen. David Perdue, a former CEO of Dollar General. The White House itself is divided: Treasury Secretary Steven Mnuchin and Gary Cohn, Trump’s top in-house economist, remain skeptical, fearing the tax could reverberate in unknown ways through global markets. But chief strategist Steve Bannon embraces the concept as a way to level the playing field in support of domestic manufacturers (read Boeing, GE, Honeywell, and Pfizer).

Subscribe to Fortune‘s Trumponomics Daily, a digest of economic news and analysis from Trump’s Washington

The early commotion over the border tax obscures a larger muddle. Some basic questions about the aim of the rewrite still need to be answered: Will it address the personal side of the code? What’s in it for the middle class? What will it cost the Treasury, if anything? Congressional Republicans are increasingly eager for the White House to provide guidance. “We have a while to go,” one senior Republican Senate aide says. “But they have to tell us what they want.”