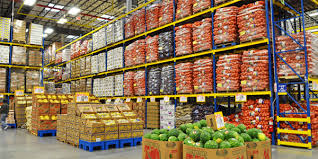 NEW DELHI Indian retail price inflation picked up in February, after having cooled the previous month to its lowest in at least five years, supporting the view that the Reserve Bank of India (RBI) no longer has room to ease monetary policy.

Last month, the central bank changed its monetary stance to “neutral” from “accommodative”, marking an end to a period in which it cut interest rates by a total of 175 bps from January 2015 to October 2016.

Consumer prices rose by an annual 3.65 percent in February compared with January’s 3.17 percent increase, data released by the Ministry of Statistics showed on Tuesday.

Economists surveyed by Reuters had expected prices to rise by 3.58 percent from a year earlier.

Wholesale prices also rose by a more-than-expected 6.55 percent in February year on year, compared with a 0.85 percent fall a year ago, driven by fuel and food prices, according to separate data released earlier by the Ministry of Commerce and Industry.

Prime Minister Narendra Modi’s surprise ban on high-value notes in November had hurt demand in India’s largely cash-driven economy and consumer price inflation has since been below the central bank’s target of 4 percent.

Annual retail food inflation rose to 2.01 percent last month from an upwardly revised 0.61 percent in January, pushed by faster increases in the prices of cereals, sugar and fruits, the data showed.

In Asia, China’s consumer inflation slowed to 0.8 percent in February from a year earlier, while in Indonesia retail inflation rose to 3.83 percent.

Analysts said the continued uptrend in prices would be difficult for the central bank to ignore, prompting it eventually to nudge policy rates higher to curb price pressures.

will have to reverse course and begin hiking rates over the next 12 to 18 months,” said Shilan Shah, India economist at Capital Economics.

Asia’s third largest economy grew 7 percent in the October-December quarter and is expected to grow at 7.1 percent in the current fiscal year ending March.