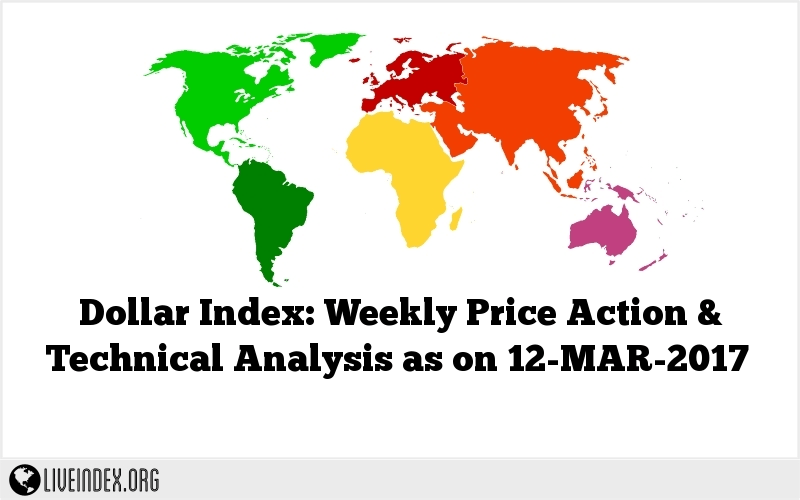 The interesting Daily price action that tested once more the current resistance area at the 102 area failing to break up then declining (much due to the NFP report) closing finally the open gap created at the beginning of the month, has printed eventually an inner Weekly bar, much less important.

The major sign of weakness is taking out the last Daily Swing Low.

Pay attention also the Daily 20 SMA crossing upwards the Daily 50 SMA on the passing week, so this kind of a pullback that took place on last Thursday and Friday is still “natural”.

The Bullish setup mentioned on the last review to reach 103.1 is still relevant, Stop is below 100.4, which lies approximately on the down trendline the Dollar index has been testing since last December. The target lies at the current Monthly upper Bollinger band. 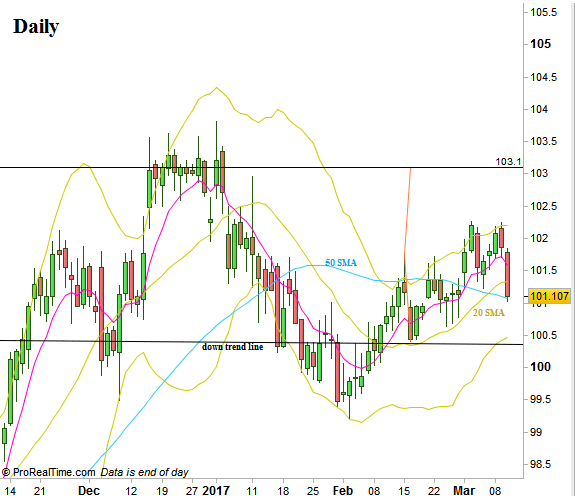