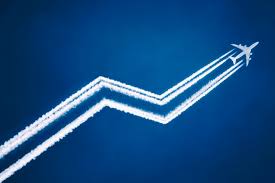 It wasn’t long ago that ­Warren ­Buffett dismissed airlines as businesses doomed to earn meager profits—or none. He even joked, in a 2008 letter to his Berkshire Hathaway (brk.a) shareholders, that the best thing a clairvoyant economist in 1903 could have done for future investors would have been to go to Kitty Hawk and shoot down Orville Wright.

Nine years later one of airline stocks’ biggest fans is … Warren Buffett. Last year, Berkshire Hathaway bought stakes in all four major U.S. carriers—American Airlines (aal), Delta (dal), Southwest (luv), and United Continental (ual)—in an investment now worth about $ 9 billion. What’s more, U.S. airline stocks as a group have risen almost 90% since the beginning of 2014. So it’s more than fair to ask, What changed Buffett’s mind? And is it too late to board this flight?

Buffett is one of many investors who once avoided airline stocks like a CEO avoids flying coach—with ample reason. For decades airlines were trapped in a state of financial turbulence, exacerbated by their vulnerability to oil prices. When fuel costs fell and the economy was strong, margins grew fatter, and airlines flooded the market with new flights (“capacity,” in the industry’s terminology) and splurged on equipment. When oil prices rose and the economy slumped, profits turned to losses and debts began to crush the carriers. Planes would fill up in the summer and “be empty in the winter,” says ­Imperial ­Capital analyst Michael Derchin. Small wonder that airlines became better known for bankruptcies and poor management than for outsize returns.

The recent hot run for airline stocks has coincided with another period of low oil prices (see chart below) and steady economic growth, leaving some to wonder whether aviation’s sad history will repeat itself. Indeed, airlines’ average price-to-2017-earnings ratio remains more than 40% below the S&P 500 average of 18, a sign of investors’ lack of faith.

But there’s a reason bulls think things could be different this time: consolidation. Thanks to a wave of mergers since 2005, the Big Four now command about 70% of the U.S. market. Consolidation has enabled them to control costs, negotiate favorable labor pacts, and cut back on the “fare wars” that used to routinely shrivel their revenues.

Consolidation has also convinced airline managers that they don’t have to scramble for market share by spending on more capacity. In 2015, oil prices tumbled and U.S. GDP grew by 2.6%, but capacity from the three “network” carriers formed by mergers—American, United, and Delta—rose only 2.1%. Conversely, Southwest saw its stock tumble 18% over one stretch of 2016 following its decision to continue expanding while other airlines were restraining growth. Investors will now penalize companies that are “less friendly on capacity,” says Stephens analyst Jack Atkins.

Airlines are also finding it easier to pass fuel costs to customers. The metric analysts love these days is passenger revenue per available seat mile (PRASM). Rising PRASM indicates that the two sides of the economic coin—supply and demand—are in balance. Only United’s PRASM has failed to tick up overall since 2011.

Bill Miller, the famed value investor who manages the Miller Opportunity Trust mutual fund and holds 16% of its portfolio in airline stocks, imagines a new normal in which airlines remain profitable during slumps because of their newfound discipline on capacity. If the airlines show they can withstand the next downturn, Miller says, it could “lead to a significant re-rating” in which investors price airline stocks more like industrial stocks—in other words, at twice the price where they currently trade.

That’s still an “if,” of course; it’s too early for investors to unfasten their seatbelts. Lisa Dong, portfolio manager at Westwood Holdings, currently avoids investing in airlines because of their unusually high debt exposure. Debt helps explain why American and United offer both the biggest upsides and the greatest risks of the Big Four. American’s debt-to-capital ratio is an industry-high 90%, and it’s just beginning to realize cost savings from its merger with US Airways. That’s why its stock trades at a P/E ratio that is 28% below the industry average, even though its stock has jumped 45% since June. United has been bolstered by CEO Oscar Munoz, who has cut costs by increasing the number of planes United leases rather than owns, but its debt-to-capital ratio, at 77%, leaves some investors spooked.

For more on United’s Oscar Munoz, watch this Fortune video:

Delta has emerged as the recline-your-seat-and-nap stock among the three network carriers, with the “best balance sheet,” according to Deutsche Bank analyst Michael Linenberg. Many see Delta as the best PRASM manager too; analysts expect it to keep capacity flat and raise prices in the first quarter of this year.

Airlines remain vulnerable to geopolitics, and some investors fret that President Trump could hurt them if he sharply restricts immigration or disrupts trade relations. Still, stock pickers anxious about such issues can pay extra for safety. Southwest has a P/E of 16.5, or 21% higher than the industry average. But it gets 98.5% of its revenues from flights that both take off and land in the U.S.—flights less likely to be delayed by any of globalization’s uncertainties.

A version of this article appears in the March 15, 2017 issue of Fortune with the headline “Avoiding a Steep Descent.”