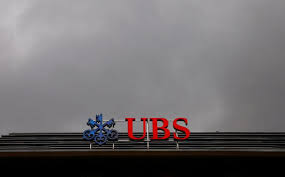 UBS Has Cut Down on Bonuses, Including for Its CEO

In its compensation report published on Friday, UBS also disclosed Chief Executive Sergio Ermotti received 13.7 million francs in total compensation for 2016, down from 14.3 million a year earlier. His bonus was down 5.2%.

While lower profits weigh on bonuses, UBS has also cut the proportion of earnings dedicated to bonuses in recent years in an effort to prevent the sort of risk-taking which contributed to the financial crisis.

Most European investment banks paid out smaller bonuses in 2016 as they cut costs and sought to meet shareholder demands for a greater share of profits.

German rival Deutsche Bank (db) cut bonuses drastically as it struggles to turn a profit and faces a big bill for litigation.

Also on Friday, UBS lowered its 2016 profit, originally reported in January, by 102 million francs to reflect a settlement in March with the National Credit Union Association over mis-selling residential mortgage-backed securities.

This resulted in full-year net profit coming in at 3.2 billion francs from 6.2 billion in 2015.

UBS shares fell 18.3% in 2016, a steeper drop than the European banking sector index.