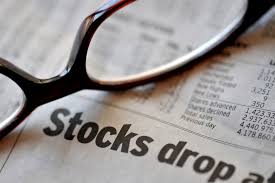 The market may be due for a harsh correction.

That’s the view of John Hussman, president of the mutual fund Hussman Investment Trust, seasoned investor, and Stanford University economics PhD. Hussman says you can expect the S&P 500 to return no more than 1% on average over the next decade. Sooner than that, he predicts, the stock market may plunge as much as 60%.

Hussman, who called the tech crash of 2000 and once managed a nearly $ 7 billion mutual fund, calls the current environment “the most broadly overvalued moment in market history.” And he says investors shouldn’t expect much in returns from stocks or bonds.

Why so bearish on the market?

Hussman looks at his own proprietary measure of the market. That metric looks at the value of all non-financial stocks relative to a specialized earnings measure, which Hussman calls value-added. Based on his analysis, Hussman says the market is as overvalued as it was back in 2007, and just 5% away from its lofty valuations right before the peak in 2000.

But Hussman’s main point is that back in 2000 and 2007 is was a relatively small group of super-expensive stocks, including technology, and later finance and housing companies, respectively, that drove the average valuation of the stock market much higher than normal. Today, it’s the median, not the mean, S&P 500 valuation that sits well above the peaks seen in 2000 and 2007, indicating that there are far more companies these days whose shares trade at much higher-than-normal valuations. That’s why Hussman says the risks of investing in the stock market right now are much more widespread and scary than they were in the past.

Indeed, stocks have now gone eight years without a bear market—a drop of 20% or more. That’s much longer than usual and a red flag for many warning that the market is due for a dip.

Of course, before you call your broker yelling, “Sell,” consider this: When it comes to predicting the market, Hussman does not have a great track record recently. Hussman gained fame in 2000 and again in 2008, when he predicted stock market crashes and was able to save his investors from much of the losses in both market drops. Investors flooded into his main fund, the Hussman Strategic Growth Fund, and its assets under management grew to $ 6.5 billion. Recently, Hussman’s returns haven’t been that good. Last year, the fund was down more than 11%, while the stock market, as measured by the S&P 500, was up about the same, including dividends.

What’s more, investors seem convinced that Donald Trump and his raft of policy proposals, including cutting taxes and spending money on infrastructure, will goose the economy and the market.

That hasn’t stopped Hussman from continuing to sound the warning alarm. Hussman points out that salaries as a share of GDP are close to record lows, and corporate debt is near a high. Profits, he argues, are sure to go down, when companies are forced to pay more to both their workers as wage pressure increases, as well as to their lenders as interest rates rise. In addition, any cuts to corporate taxes, Hussman says, likely won’t help nearly as much as is anticipated, because the effective corporate tax rate is already near the lowest level in history outside of the recessions stemming from the 2000 and 2007 market bubbles.

The stock market may continue to go up, but if it goes down, Hussman will be able to say, “You were warned, again.”