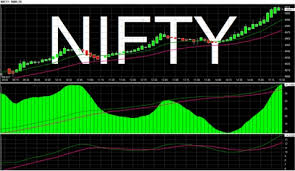 Bharat Iyer of JPMorgan expects the market’s reaction to the elections results to be asymmetric. A win for the BJP should result in a positive reaction but a weak showing will likely result in a more adverse reaction, he feels.

Meanwhile, Ashwani Gujral of ashwanigujral.com says the UP elections outcome is not very important to the market, it is merely being overstated by some commentators.

“If the outcome is negative, the Nifty can correct to around 8,700 level, which can give investors an opportunity for fresh buying,” he adds.

Generally exit poll gives some indication about outcome of elections results. Results of assembly elections of five states – Uttar Pradesh, Punjab, Uttarakhand, Goa, and Manipur – will be announced on March 11. All eyes are on results of Uttar Pradesh elections that gives parliament most number of representatives.

Pharma major Dr Reddy’s Labs shares tanked 5 percent as the US Food & Drug Administration issued Form 483 with 13 observations for Duvvada facility after completion of audit of this formulation manufacturing unit.

Lupin gained 0.13 percent after it announced the launch of pain relief drug Hydrocodone Bitartrate and Acetaminophen in the US market.

HDFC and HDFC Bank, which also supported the market in late trade to turn higher, were up 0.3 percent each.

State-owned gas transmission company GAIL plunged nearly 2 percent after the stock adjusted for bonus issue in proportion of one bonus share for every three shares held.

Vedanta gained 0.24 percent. Morgan Stanley has initiated coverage on the stock with an overweight call, citing the company’s potential to grow going forward. The research firm feels that it is the fastest-growing aluminum and zinc company globally. “The balance sheet risk has subsided, which has positioned Vedanta on par with global miners and better than local peers. We forecast a 30 percent free cash flow CAGR for FY17-19,” it says.

The market breadth was in favour of declines. About 1,622 shares fell while 1,185 shares advanced on the BSE.

Markets in Europe were lower as investors reacted to a fall in oil prices and looked ahead to a rate decision from the European Central Bank. Asian equities finished lower today after China’s inflation data painted a mixed picture.