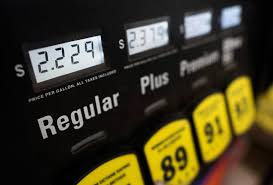 Hedge Funds Are Worried About an Oil Price Drop

Hedge funds have trimmed their bullish position in crude oil by the largest amount since OPEC announced its decision to cut output in November.

Hedge funds and other money managers cut their combined net long position in the three main Brent and WTI futures and options contracts by 61 million barrels in the week to Feb. 28.

The reduction was the largest since the week ending Nov. 8, according to an analysis of positioning data published by regulators and exchanges.

Even after the reduction in long positions and increase in shorts in the week ending on Feb. 28, the overall long position was still the third-highest ever.

Hedge fund managers remain overwhelming bullish about the outlook for prices with long positions still outnumbering short positions by a ratio of nearly 8:1.

The accumulation of long positions may have helped accelerate the rise in Brent prices to $ 55 per barrel following the OPEC and non-OPEC accords in November and December.

Oil prices have been closely correlated with the accumulation and liquidation of hedge fund positions since the start of 2015.

Since Dec. 12, however, the rally has stalled, with no further rise in prices, despite an increase of 220 million barrels in the hedge funds ‘ net long position since then.

Commentators are divided over whether the large hedge fund long position in crude has become a crowded trade, and, if so, whether it signals a sharp reversal is imminent.

Bullish hedge fund managers point to strong compliance by OPEC, renewed interest among investors in commodities as an asset class, a cyclical upswing, and the comparatively low level of oil prices.

Bears, of whom there are few among fund managers, but more in other parts of the market, note the lopsided positioning of the hedge fund community is itself a source of downside risk.

Large concentrations of long or short positions have often preceded a sharp price reversal when funds attempt to take some of their profits.

The lack of further price gains could also prompt some momentum-following hedge funds to cut their exposure if they conclude the post-OPEC rally is over.