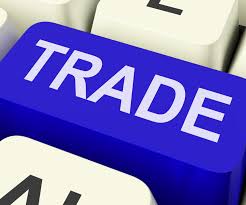 Trump administration trade adviser Peter Navarro said on Monday the $ 65 billion U.S. trade deficit with Germany was “one of the most difficult” trade issues, and bilateral discussions were needed to reduce it outside of European Union restrictions.

Navarro , the director of the new White House National Trade Council, said that Germany has used the argument that the EU dictates its trade policy and that it does not control the value of the euro.

“I think that it would be useful to have candid discussions with Germany about ways that we could possibly get that deficit reduced outside the boundaries and restrictions that they claim that they are under,” Navarro told a National Association for Business Economics conference in Washington.

“But it’s a serious issue. Germany is one of the most difficult trade deficits that we’re going to have to deal with but we’re thinking long and hard about that.”

He said an upcoming visit by German Chancellor Angela Merkel could include discussions on how to improve the U.S.-German economic relationship as part of the administration’s agenda to make trade “free, fair and reciprocal.”

Navarro ‘s comments follow his complaints last month that Germany was exploiting a weak euro to gain a trade advantage.

But the Trump adviser, who shares the trade policy spotlight with new U.S. Commerce Secretary Wilbur Ross and Treasury Secretary Steven Mnuchin, said he would wait until a Treasury currency report due in mid-April to learn whether China is manipulating its currency and the yuan is undervalued.

Trump had said during his election campaign that he would declare China a currency manipulator on his first day in office, a move that would require demands from the administration for negotiations with Beijing. He has not made such a declaration, despite telling Reuters in an interview last month that China was the “grand champion” of currency manipulation.

Navarro said that according to classic trade theory, in his view, the yuan’s value should rise and the dollar should fall so that trade equalizes. He said the current capital outflow pressure in China was largely due to China’s drive to acquire companies abroad.

“If you look at it through that lens, it’s clear that the Chinese currency is undervalued. Navarro said, adding that he would wait for the Treasury report for a final verdict.

Navarro also called out India for its high tariffs and Japan for its non-tariff trade barriers, and said negotiations to use U.S. leverage as the world’s largest market were needed to bring these down and boost U.S. exports.

“If we are able to reduce our trade deficits through tough, smart negotiations, we should be able to increase our growth,” Navarro said.

If current trade trends continue, foreign interests will eventually acquire wide swaths of the U.S. economy, he said, ultimately driving down wages and living standards for Americans in a grim “conquest by purchase” scenario.