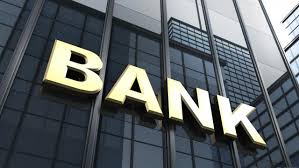 Banks Have Paid $321 Billion in Fines Since the Financial Crisis

Banks across the world have paid about $ 321 billion in fines since the 2007-2008 financial crisis as regulators stepped up scrutiny, according to a note by the Boston Consulting Group.

Almost ten years since the financial crisis, the banking industry has not completely recovered, BCG said in an industry report.

While U.S. regulators have been more effective in imposing penalties and recovering fines from the banks, their counterparts in Europe and Asia are likely to step up pace, according to the BCG report.

The number of individual regulatory changes that banks must track on a global scale has more than tripled since 2011, to an average of 200 revisions per day, the report said.

Trump and other critics of the Dodd-Frank law say its regulations have hindered lending.

In February, Trump ordered reviews of major banking rules that were put in place after the 2008 financial crisis, in favor of looser banking regulation.