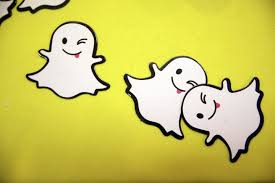 These 4 VCs Totally Blew Their Shot at Investing in Snapchat

We heard the news of the Catholic high school that cashed out big after Snap’s massive IPO. We heard about the early venture capital backers of the company. We heard about all the people who got rich on Wednesday.

Yet we didn’t hear about the people who had the chance to invest early—but decided not to. Lowercase Group founder Chris Sacca said in 2015 that he didn’t think the app would “evolve past dick pics.” Ashton Kutcher passed because he hated the design. The lesson? Even the most experienced investors sometimes make huge mistakes.

Here are the cringe-worthy stories of four VCs who missed out on a really, really big payday.

The billionaire venture capitalist passed on an invitation to meet with Snapchat’s founders because he thought the app’s use was limited to send nude pictures. Here’s what he said about his regret in a tweet from 2015:

I didn’t respond to an invitation to meet with the founders of @Snapchat because I wasn’t sure it could evolve past dick pics. Fuck.
– Chris Sacca (@sacca) July 12, 2015

After the company’s IPO on Wednesday, Sacca tweeted the actual email from Bobby Murphy. In the email, the Snap co-founder and CTO asks Sacca to “come by for lunch or hang out some afternoon.” Sacca ignored the email.

I know one person who isn’t getting rich in the Snapchat IPO. Hint: the guy who didn’t reply to this email.

But don’t feel too bad for Sacca. He was also an early investor in Uber, Instagram, and Twitter. As for Murphy? He made $ 272 million yesterday.

The actor-turned-investor passed on Snapchat not once, but twice. The reason? He hated the design, calling it “rickety.”

“I looked at Snapchat’s product and I hated the product,” Kutcher told Recode in an interview last October. “I just thought it was like, a little crickety and a little rickety. It just wasn’t beautiful or elegant. And I have this dumb, personal pet peeve about that, and it really bugged me.”

For Mark Suster, the missed opportunity comes down to timing. While Suster’s colleague at Upfront Ventures continuously urged him to take a meeting with Snapchat’s founders, he never took it because he had just reviewed another disappearing text app called, TigerText, whose name came from the Tiger Woods cheating scandal. Suster thus dismissed Snapchat as an app that would be used for sexting and marital infidelity. “That narrative was fresh in my head when I first had the discussion about Snapchat,” Suster wrote in a post on CNBC.

When asked about the biggest startup he passed on and why, Greylock Partners’ Josh Elman said, “Snapchat. I just wrote the answer of why, but it already disappeared.”