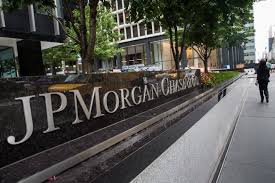 A former J.P. Morgan Chase (jpm) employee who has been ordered to attend counseling for gambling has pleaded guilty to criminal charges that he stole more than $ 5 million from his employer to pay personal debts, New York prosecutors said.

Lawrence Obracanik, 42, pleaded guilty to wire fraud affecting a financial institution on Thursday before U.S. District Judge Ronnie Abrams in Manhattan, according to an announcement from U.S. Attorney Preet Bharara.

The charge carries a maximum sentence of 30 years in prison and a $ 1 million fine, according to Bharara’s office. Obracanik is scheduled to be sentenced by Abrams on July 7.

A lawyer for Obracanik did not immediately respond to a request for comment on Thursday evening.

Obracanik, a resident of Fort Worth, Texas, turned himself in to authorities in New York in December.

Following a court appearance on the day of his arrest, he was released on a $ 100,000 bond. He was instructed as part of his bail conditions to seek employment and attend counseling for gambling, according to court records.

The criminal complaint against Obracanik did not identify J.P. Morgan by name. But a profile for him on LinkedIn said that he had worked for the New York-based bank in Texas.

A spokesman for J.P. Morgan declined to comment at the time of Obracanik’s arrest. Representatives of the bank could not immediately be reached on Thursday.

Prosecutors say that, between July 2014 and February 2016, Obracanik was responsible for wire transfers of more than $ 5 million from an account at the bank where he worked to an account at another bank belonging to an unnamed individual.

The complaint said that during an interview with two Federal Bureau of Investigation agents in August, Obracanik admitted wiring the money to that person’s account and said that he had done so to pay personal debts.