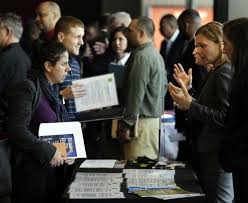 The U.S. Just Got Its Best Unemployment Report in 44 Years

By one measure, the last time the job market was this good Americans were listen to “Bad, Bad Leroy Brown”. . .on 8-tracks. The Godfather had just won the Oscar for best picture. No one screwed up the envelop.

On Thursday, the government reported that roughly 223,000 people filed for initial unemployment benefits in the prior week, signaling a 19,000 drop from just a week earlier, and the lowest level in 44 years, specifically March 1973.

Mild winter weather could be part of the cause. The data is adjusted to account for seasonal distortions, and usually during this time of year, there are more claims from workers who temporarily cannot work due to snow or ice. But warmer weather means that’s not happening this year, so the seasonal adjustments are partly inflating the numbers.

But more broadly speaking, unemployment claims have been declining since 2009. The data is consistent with the story of a strengthening job market, which started under President Obama and is continuing into 2017.

With little more than a month into Trump’s presidency, it’s far too soon to credit him with boosting the job market. His signature economic policies—like tax reform and infrastructure spending—are not likely to take shape until later this year.

And although Trump would like to take credit for hiring announcements made by companies like Intel, Lockheed Martin, General Motors and Walmart, those plans were in the works before election day.

Trump has vowed to create 25 million new American jobs—the most of any U.S. president.