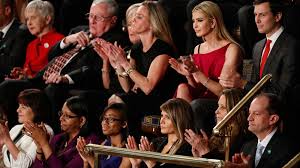 In his maiden address to a joint session of Congress on Tuesday night, President Trump will extol his tax manifesto for putting America first. In the Trumpian lexicon, it’s a “phenomenal” plan, marking the most ambitious rollback of personal and corporate rates, and sweeping simplification in both areas, since the historic Reagan reforms three decades ago.

Still, Trump in his speech is unlikely to unveil details of how his platform would actually work, or disclose specifics that would guide folks to what they, or the companies they invest in, will pay the Internal Revenue Service or the Treasury. Instead, Trump is likely to spotlight three major pillars of his program: corporate tax reform to sharpen the talons of American business; a newly funded health care plan to replace Obamacare; and military and other new spending financed not with taxes, but an assault on bureaucratic “waste.”

So for the audience, we’ll play Trump Tax Translator. Our job: parsing the concrete changes each proposal could bring, and the tangle of obstacles to advancing from blueprint to legislation.

Trump is likely to repeat one of his mantras, a promise to slash the highest corporate tax rate of any major industrialized nation–currently 35%. Erase that handicap, he claims, and our companies would provide what’s been missing from the tepid recovery: A big, durable surge in capital investment, and the flood of well-paying jobs that would theoretically follow it.

In theory, he’s right. But we don’t know what the final product will look like because of three crucial differences between the program Trump proposed during the campaign and the platform championed by House Republicans. First, the overall Trump tax plan would increase the debt by a staggering $ 2.9 trillion or more by 2027, according to projections by the business-friendly Tax Foundation. By contrast, the House plan almost breaks even, in large part because it advocates a revolutionary Border Adjustment Tax that would tax imports and subsidize exports, in the process raising $ 1.1 trillion in the next decade.

But neither Trump nor his lieutenants have embraced the BAT. “Given their contradictory statements, it’s impossible to know where the administration will land on the issue,” says Scott Greenberg of the Tax Foundation. Retailers such as Walmart and Target are lobbying hard to stop it. Without the BAT’s base-broadening and the income it would raise, Trump will probably need to scale back the plans for lower corporate rates–15% under his proposal, 20% in the House plan–weakening what businesses view as his most pro-growth initiative.

Second, the House plan also raises revenue by eliminating the deduction for interest paid on corporate debt. In exchange, companies get to expense all of their capital expenditures in the first year instead of taking the “depreciation” over as long as two decades. But as a former developer who benefited richly from mortgage breaks, Trump gives companies the option of either keeping the interest deduction or choosing immediate expensing of investments. This is a huge deal for real estate investors. If the House plan wins, developers, REITs, and mall owners will take a big hit.

But if the Trump plan prevails, it won’t benefit from the revenue windfall from nixing the interest exclusion. Hence, it’s unclear how he’ll find the savings to pay for anything like the revolutionary rate reductions, and breaks on investments, that he’s advertising.

Third, listen carefully to what Trump says about the benefits to small business. His tax plan isn’t clear on whether the new, lower 15% rate would apply just to corporations, or also to proprietors who list business income on their personal returns. If the 15% benefits that group as well, it’s great news for that vast swath of entrepreneurial job-creators. But once again, it would open a deep hole in funding that, so far, Trump hasn’t proposed how to fill.

Look for Trump to cheer about how repealing Obamacare will boost the economy. But the reality isn’t that simple.

The Affordable Care Act came with lots of new taxes, and one big spending reduction, that actually lower the deficit over the next decade, according to CBO projections. Repealing Obamacare would mean eliminating levies on high earners (families with over $ 1 million income pay over $ 30,000 a year in Obamacare taxes), and penalties for individuals who go uninsured and on small companies that decline to provide coverage. The ACA also traded big cuts in payments to hospitals under Medicare and Medicaid for rich subsidies to the health-insurance exchanges that help bring hospitals a lot more paying business.

All told, those levies and savings are on track to collect more than Obamacare’s cost of $ 1.9 trillion over the next decade. But the Trump plan will also be expensive. It would allow Americans to deduct insurance premiums from their taxes, and provide big subsidies for high-risk pools that accept patients with pre-existing conditions. Trump hasn’t specified what new taxes will be needed to pay for those proposals. The most vexing issue: If he repeals Obamacare without restoring the previous, far higher payments to hospitals, the industry will suffer a staggering $ 290 billion in losses over the next decade, according to industry groups.

Obamacare came with its own set of taxes. Trump–who hasn’t endorsed the BAT or any other new levies–will need a new set to pay for Trumpcare.

An assault on ‘wasteful’ discretionary spending

Trump is bound to exalt his campaign to rebuild America’s military. He’s unlikely, however, to detail what would probably be an ultra-draconian plan to pay for it.

On Monday, Office of Management and Budget director Mick Mulvaney provided a preview of the budget blueprint that the White House will send to Congress in mid-March. It calls for a $ 54 billion, or around 10%, increase in defense spending for fiscal 2018. The plan: cover all the extra costs with reductions in non-defense discretionary spending. Two of the biggest targets: foreign aid, at around $ 40 billion a year; and the EPA, where new secretary Scott Pruitt is promising a radical downsizing of its bureaucracy.

If the administration gets its way, the war on costs won’t stop there. Mulvaney predicts that non-defense discretionary spending will total $ 463 billion in fiscal 2018. But the CBO forecasts that the category will cost $ 603 billion over that span. So Trump is apparently planning to reduce all non-military, non-entitlement spending, a category encompassing the Departments of State, Educations, Health and Human Services, and everything else voted on every year by 25%! (That’s not a typo.)

That’s a stunning goal that’s been mostly overlooked. It may dramatize the gap, or chasm, between Trump’s promises and what he can deliver. To gauge the future of America’s economy, nothing is more critical than translating Trump’s tax plan.