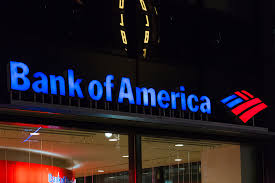 Warren Buffett confirmed on Monday morning that he has made a huge bet on Apple. His next big investment could be a bank.

Buffett has long said that he believes a hobgoblin of corporate failure is an addiction to selling more and shares. The result: Each existing shareholder owns less and less of the enterprise. During the financial crisis, Bank of America (bac) reigned as the King of Dilution. Now, a reformed B of A is embracing buybacks in a big way, and the Berkshire Hathaway’s avuncular chairman spies an opportunity to add more billions to the extraordinary bonanza he’s already reaped from B of A.

In August of 2011, Buffett announced that Berkshire was buying $ 5 billion in B of A preferred stock, lending a strong endorsement to the recovery plan of new CEO Brian Moynihan. The shares carried a 6% dividend, but the deal’s richest prize was a warrant enabling Buffett to purchase 700 million shares at $ 7.14 each until September of 2021. At the time, gigantic defaults on mortgage securities threatened to sink the B of A. But Buffett wagered than even a modest recovery would bring Berkshire billions.

Until the election, that’s what happened. B of A shares gradually rose to around 17 by early 2015, but stayed there until just after election. But since Trump’s surprise win on Nov. 8, B of A has gained 43%, adding $ 74 billion in market cap, far outpacing the 29% rise at J.P. Morgan Chase, 27% at Wells Fargo, and 19.5% at Citigroup. B of A’s stock is closing the value gap. It’s market cap is now 84% of Wells Fargo’s, compared to 75% prior to the election.

Even prior to the Trump win, a victory that signaled higher economic growth, rising interest rates, and likely less regulation, all good for financial services, Buffett had secured paper profits over 5 1/2 years of $ 6.9 billion on his preferred. Then, B of A’s post-election surge swelled his gains to $ 12 billion.

In his annual letter released on the weekend of Feb. 25, Buffett waved the flag for B of A by declaring that he may soon trade his preferred stock for common shares. If B of A raises its current annual dividend of 30 cents to 44 cents, he stated, “it’s highly probable that we will exercise the warrant immediately,” and use the proceeds to purchase $ 5 billion in B of A common stock. The reason, he added, is basic: At 44 cents, B of A would be paying Berkshire a dividend of $ 300 million a year, precisely what it’s pocketing now on the preferred.

Still, why does this legendary value investor see such promise in the bank that, until recently, badly lagged the industry’s stars, J.P. Morgan and Wells?

It’s largely about dilution. Buffett hinted as much in the letter, stating, “Many of our investees, including Bank of America, have been repurchasing shares, some quite aggressively. We very much like this behavior because we believe the repurchased shares have in most cases been underpriced. When a company grows and outstanding shares shrink, good things happen for shareholders.”

In effect, Buffett is anticipating that a total reversal of the huge dilution that sank B of A’s stock for so long will keep it climbing for years to come.

B of A is still a recovering addict. It more than doubled its float in a decade, only to see its earnings plunge at the end of the aughts. In 2007, B of A had 4.4 billion shares outstanding. It issued a total of 1.5 billion shares to buy Countrywide Financial (a disaster) and Merrill Lynch (in retrospect, a good buy), then from 2008 to 2013 issued an astonishing 4.5 billion extra shares to bolster its capital and skirt bankruptcy, at the expense of existing owners. Buffett’s preferred purchase was a necessary part of that distress sale.

What’s more, it’s ability to repurchase shares, in part hampered by regulators concerns about past mistakes and the desire for the bank to build back its stricken capital, was unspectacular. Over the next three years, B of A only bought back 500 million shares, or around 5% of the float.

But now, a resurgent B of A is getting far more latitude from regulators to return money to shareholders. Its board has already lifted planned repurchase for the first half of 2017 by 72%, from $ 2.5 billion to $ 4.3 billion. That would put the bank on pace to buy back 350 million shares this year alone.

Buffett’s preference for common over preferred mirrors his views that stocks are a far better deal than bonds. If B of A’s earnings wax from here, that $ 300 million a year dividend––fixed to the dollar in preferreds––will rise as well. Plus, he’ll bank a nice capital gain. Despite the recent run-up, B of A is hardly expensive. Based on 2016 earnings of $ 16.2 billion, it’s selling at a price-to-earnings multiple of just 15, well below the market average in the mid-20s. At those prices, Buffett seems to be saying, more big buybacks make sense.

Moynihan has frequently advocated a conservative, grow modestly, shun big risks, and return-it-all-to-shareholders view of commercial banking. Even if B of A raises its dividend to the Buffett target of 44 cents, the payments will account for just one-quarter of its 2016 earnings. Let’s predict that Moynihan succeeds in lifting earnings just 5% a year, and paying out all of B of A’s profits in dividends and buyback, which is basically his long-term strategy.

Dividing earnings evenly between dividends and repurchases, B of A would generate a 3.3% dividend yield, shrink its float by 3.3% annually, and still grow profits at 5%. In that scenario, the dividend would go to over 70 cents, far exceeding Buffett’s benchmark. At its current P/E of 15, hardly a high-risk valuation, the total return would be the sum of the three, or 11.6% a year, at a time when the 10-year Treasury is yielding just 2.3%.

B of A is back from the brink championing just the kind of anti-dilution ethic that Buffett loves. It’s a comeback story that Buffett helped bankroll, and that he’s betting will keep rolling.