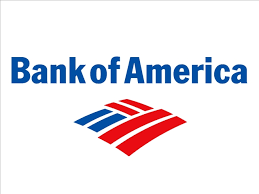 Warren Buffett Has a Paper Gain of $13.5 Billion From His Bank of America Bet

They don’t call him the Oracle of Omaha for nothing. Warren Buffett’s $ 5 billion bet on then-struggling Bank of America in 2011 has resulted in around $ 13.5 billion in gains for Berkshire Hathaway, the investment company he heads.

Shares of Bank of America have risen steadily since his investment, but have hit a second gear since President Trump was elected in November. In fact, it has been one of the very best-performing stocks in the “Trump Bump,” rising more than 30%.

The company shares (bac) closed above $ 24 on Friday, a far cry from when Buffett bought into the bank in August 2011, when shares were floating around the $ 7 range. As the Wall Street Journal reports today, at the time, Bank of America was facing questions of whether or not it would be able to raise enough money to deal with the numerous legal problems it faced in the wake of the subprime mortgage meltdown. The company’s stock went from trading for nearly $ 54 in December 2006 to less than $ 4 a little more than two years later.

Buffett recognized the bank’s desperation and swooped in, leveraging Bank of America’s need for a lifeline into extremely favorable investment terms. Buffett received $ 5 billion worth of preferred stock in the company. As part of the agreement, he is paid a 6% annual dividend on his stake, which adds up to $ 300 million a year just for holding the stock. (Common stockholders in Bank of America currently get a dividend of only about 1.2% .) If Bank of America were to choose to buy back his shares, which it could do no earlier than 2019, it would have to pay him a 5% premium on their price.

As good as those terms are, the deal gets better. Buffett was also given warrants to purchase 700 million shares of common stock in the bank for $ 7.14 each at any time until September 2021. Given the disparity between his purchase price and the current stock price, if Buffett were to exercise the warrants now, he would be in line for a $ 12 billion windfall. Add to that the cash he has made from the annual dividends, and he is sitting on $ 13.5 billion of profit.

For all the money Buffett is making off of Bank of America on paper, it doesn’t appear he will cash out any time soon. He has stated in the past the he would wait to exercise the warrants until the last moment, which is clear signal he thinks the stock will only continue to rise even more over the next four years. Buffett’s annual investment letter to Berkshire shareholders, due out soon, may spell out his plans for the stock. Buffett’s own net worth has risen by well over $ 6 billion since Trump’s election.