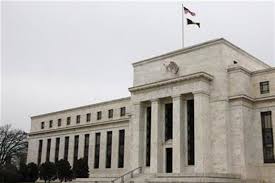 Many Federal Reserve policymakers said it may be appropriate to raise interest rates again “fairly soon” should jobs and inflation data come in line with expectations, according to the minutes of the Fed’s last policy meeting released on Wednesday.

The minutes of the Jan. 31-Feb. 1 discussion, at which the U.S. central bank voted to keep rates unchanged, also showed the depth of uncertainty at the Fed over the lack of clarity on the new Trump administration’s economic program.

“Many participants expressed the view that it might be appropriate to raise the federal funds rate again fairly soon if incoming information on the labor market and inflation was in line with or stronger than their current expectations,” the Fed said in the minutes.

Last week, Fed Chair Janet Yellen said waiting too long to raise rates again would be “unwise” and gave a strong indication that the central bank remains on track to consider raising rates again by the summer.

Prices for U.S. stocks fell marginally following the publication of the minutes and yields on U.S. government debt also dropped.

Seventeen policymakers deliberate at each meeting on whether to change the interest rate, although only 10 of them have a vote.

Among voting members there was much less urgency to raise rates with many seeing only a “modest risk” that inflation would increase significantly and that the Fed would “likely have ample time” to respond if price pressures emerged.

In December, the Fed forecast it would raise rates three times in 2017 and so far robust readings on the economy have bolstered the confidence of many policymakers.

Set against that is continued uncertainty over the new Trump administration’s economic plans, with Fed policymakers awaiting details in order to assess how the policies would affect the economic outlook.

“Participants again emphasized their considerable uncertainty about the prospect for changes in fiscal and other government policies as well as about the timing and magnitude of the net effects of such changes,” the minutes said.

Fed policymakers noted both upside and downside risks to the economy from such policies and most “thought some time would likely be required for the outlook to become clearer.”

The Fed has struggled to raise rates since the Great Recession after they were cut to near zero. A rate increase at its meeting last December was only the second hike since 2006.

The Fed’s rate-setting committee next meets on March 14-15.