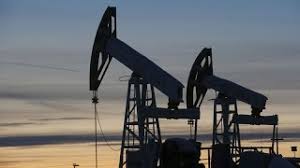 The job market is on solid footing and consumers have recently reported feeling the most optimistic about the U.S. economy in about 15 years.

Meanwhile, winter weather has been milder than usual in much of the country, including the densely populated East Coast.

Usually this combination of good news means Americans would be hitting the road, driving to work and shops. Instead, they suddenly cut back on gasoline purchases this January.

As the Wall Street Journal reported this morning, gasoline consumption slumped last month, matching the lowest level in 15 years. The slump in demand has led to an oil glut, with the United States now holding 259 million barrels of gasoline inventories – the highest level on record since the U.S. Energy Information Administration started collecting the data in 1990.

Usually demand for gasoline falls for one of two reasons: American incomes are hurting or prices at the pump are rising.

In this case, it’s not likely to be the first, said Chris Lafakis, an energy economist at Moody’s Analytics. He points to the stronger job market, which has led to steadily climbing income growth in 2015 and 2016, as evidence that it’s not shrinking American wallets that are to blame.

Rather, higher prices at the pump are probably the cause. A gallon of gasoline has averaged $ 2.23 recently. Sure, that’s a far cry from the days of $ 3.60 gasoline back in 2013, but nevertheless, it’s about 50 cents higher than this same time a year ago.

Prices that are that much higher, if prolonged over the course of an entire year, would represent a $ 50 billion hit to consumer wallets, according to Ellen Zentner, economist at Morgan Stanley.

In short, it appears higher gas prices, and not a weaker economy is what is keeping consumers from the pump, but, of course, overtime, higher gas prices can cause the country’s economic engine to stall.