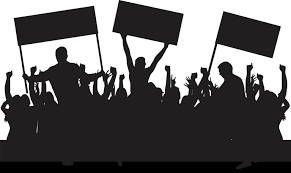 Corporations prefer to be seen as apolitical creatures—governments change, and customers come in all stripes—but at this highly polarized and media-socialized moment, it’s become mighty hard not to upset at least a few people. E ven when corporation don’t wade into fray, consumers are increasingly interpreting their actions and coloring them red or blue.

Since the election, groups on the right have called for boycotts of Kellogg’s (for pulling ads from alt-right site Breitbart News), Starbucks (for vowing to hire refugees rather than jobless Americans), and Nordstrom (for dropping Ivanka Trump’s clothing line), among others. The left has gone after L.L. Bean (for a Trump-backing board member), QVC (for advertising on The Celebrity Apprentice), and Under Armour (its CEO said Trump was “good for business”). Not to mention Trump brands and the companies that sell them (like Zappos).

Then there are the unfortunate few that have drawn ire from both sides: PepsiCo (pep) CEO Indra Nooyi offended some Trump supporters in an interview; then she joined his business council, antagonizing his opponents. Tesla’s Elon Musk (tsla) joined the council too, but he has also been targeted by the right for his clean-tech fixation. And Macy’s (m) has taken heat for both discontinuing Donald’s products and not dropping Ivanka’s.

But perhaps no company has stepped in it as much as New Balance. After a VP for the athletic company praised Trump’s trade policy, liberal customers tweeted pictures of their trashed and torched sneakers, which led a white supremacist website to declare New Balance its own, and the “official brand of the Trump Revolution.” The company repudiated that claim in a statement that denounced bigotry and hate. (The white supremacist site labelled the official statement “a hoax.”)

Are we at at the dawn of an era where we’ll consume along political lines? Brayden King, a professor at Northwestern’s Kellogg School of Management, doubts it. Boycotts are rarely effective, or lasting, particularly when they come and go with the speed of today’s breakneck news cycle. “Consumers are habitual and tend not to practice what they preach,” he says. But he doesn’t dismiss the idea entirely. “We’re entering a strange era of politics.”