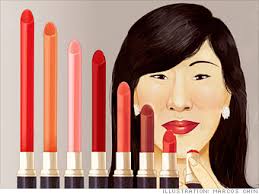 Here’s Why Avon’s Shares Are Plunging

Avon isn’t looking so pretty today.Shares of the beauty company fell more than 20% to $ 4.65 in midday trading Thursday after it reported quarterly earnings that fell short of expectations. Revenue fell 2% to $ 1.57 billion from a year ago, which marks the 21st straight quarter of revenue declines. The company also took a loss of $ 10.7 million.

Avon’s stock has been having a rough go of it over the last several years. As recently as May 2013, shares were trading for more than $ 24, but as the company’s sales have lagged, so has its demand on Wall Street. The company now sells for about a tenth of what it was worth in May 2004, when it was trading for over $ 44.

Revenue was down in all of Avon’s markets except for south Latin America, which saw a 9% increase. North Latin America had a revenue decline of 10%, while the Europe, the Middle East and Africa division reported a 7% drop.

To fight off the years-long negative trend, Avon announced a three-year turnaround plan more than a year ago, which included the sale of its North American arm to Cerberus Capital Management in March for roughly $ 435 million. The company also moved its global headquarters over to the U.K. last month. The moves, which aim to ultimately cut $ 350 million in costs, have so far gone further than expected and have saved Avon $ 120 million to date. The company was also able to chop $ 260 million off its debt last year, $ 10 million more than it had originally hoped for.

Moving forward, Avon has already started investing nearly $ 350 million in order to update its business model by shifting away from direct door-to-door sales. Of that total, $ 200 million is going towards new sales model technology. The other $ 150 million will be used for social media development, which Avon hopes will connect it with a new generation of customers who see direct, in-person sales as a foreign concept.