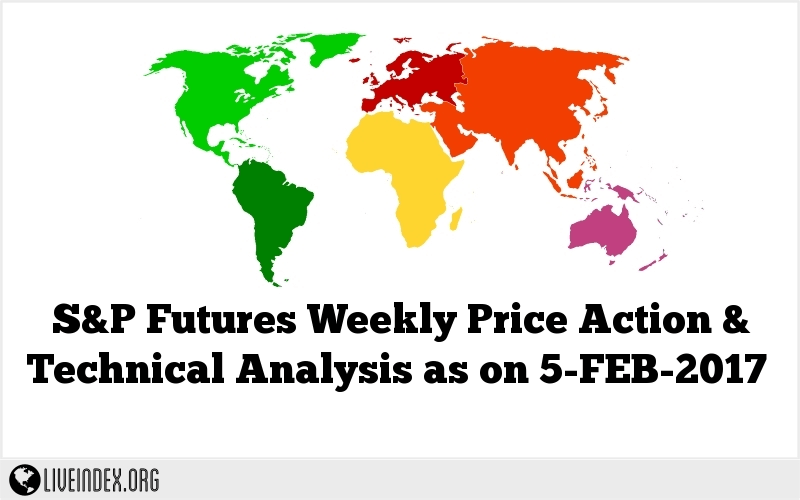 The passing week ended as an inside Weekly bar, a bullish pinbar on sloping Weekly 8 EMA (short term sentiment line).

Most of the week the market revealed weakness, as it opened with a gap down, a gap that left open till Friday, where the NFP report pushed the market up finally closing this gap.

Taking out the Weekly High is a clear sign of strength, i.e. the market is most likely on its way to the next Daily timeframe targets – at 2305 (the long tailed Spring Daily pinbar of post elections at November 9th points to 2305 as its target and the current Daily bullish setup since the Daily swing High has been taken out is also aiming at 2305 to be the target – see Daily chart).

The next targets are at the 2325 area, where the passing week’s Weekly bullish pinbar and the Weekly Spring made by the elections are pointing at, as well as the 2016 1st Quarter bullish pinbar.

As mentioned in past reviews, the area of 2300-2350 is full of targets for high timeframe setups, and needs to be considered as a solid resistance since there expected to be a mass of Long covering at these levels.