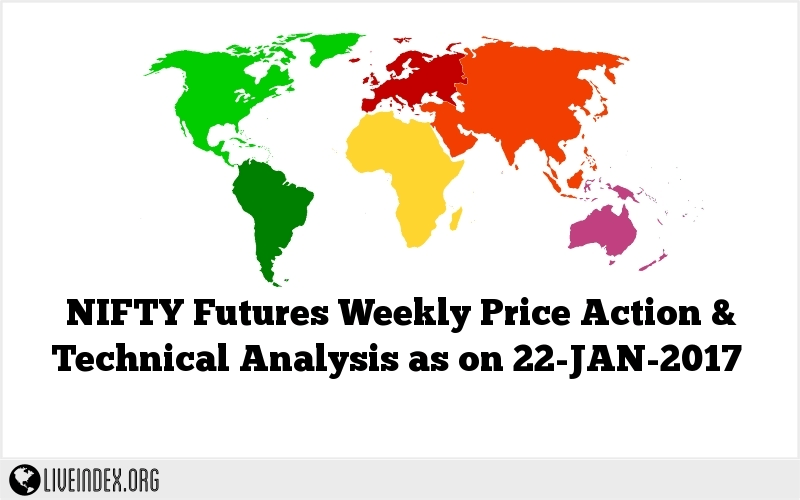 The passing week ended as a narrow range inside Weekly bar. Most of it was testing the Weekly High at 8641, but last Friday was rather bearish, ended weak below the 8 EMA short term sentiment line. It is a strong resistance area with a remaining open gap left after the violent price action that has followed the elections on November.

The fact that the Weekly is an inside bar while the previous week didn’t manage to close above the Weekly 20 SMA line, is pointing out that the market hasn’t probably ended the current consolidation, and we should see more of a price action inside the previous Weekly bar’s range (8228-8461).

On the Daily timeframe there is a bearish setup – already triggered – to close the open gap made between January 10th and 11th, at 8288, stop above the Weekly High. Any lower timeframe rally should be watched for following signs of weakness to join it. Pay attention though that the price action the market left on the Daily chart of the last rally since the end of December is very bullish, including important open gaps that should serve as a strong support. So any lower timeframe’s signal should better be taken to its own target only. For the midterm the focus must currently remain on bullish side, hence assuming that the current week is most likely going to be nothing more bearish than a consolidation week.