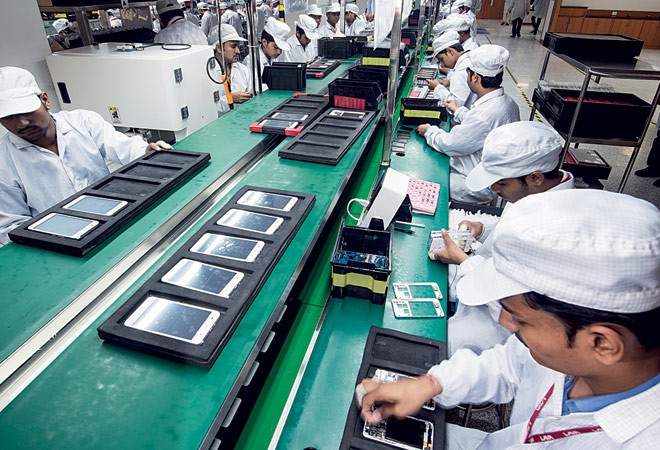 The Nikkei/Markit Manufacturing Purchasing Managers’ Index INPMI=ECI fell to 49.6 in December from November’s 52.3, its first reading below the 50 mark that separates growth from contraction since December 2015.

It was also the biggest month-on-month decline since November 2008, just after the collapse of Lehman Brothers triggered a financial crisis and brought on a global recession.

“Having held its ground in November following the unexpected withdrawal of 500 and 1,000 bank notes from circulation, India’s manufacturing industry slid into contraction at the end of 2016,” said Pollyanna De Lima, economist at survey compiler IHS Markit. “Shortages of money in the economy steered output and new orders in the wrong direction, thereby interrupting a continuous sequence of growth that had been seen throughout 2016.”

The output sub-index at 49.0 was its lowest this year, though the rate of contraction was only slight. The new orders sub-index which measures both foreign and domestic demand was also knocked to its weakest in 2016. Contractions in momentum were reported across all major sub-indexes in the survey, such as purchasing activity and employment, highlighting the blow to the economy after the government’s demonetization drive.

Modi’s decision to scrap high-value banknotes as part of a crackdown on tax dodgers and counterfeiters removed 86 percent of the currency in circulation virtually overnight, denting consumption in a country where the vast majority of people still rely on cash for day-to-day activities.

Economists have begun slashing GDP forecasts and some of the more pessimistic views are that growth will halve from the 7.3 percent year-over-year rate clocked in July-September, especially as consumer spending accounts for over half of India’s output.

The survey also showed output prices rose at a subdued pace last month, while input prices climbed sharply, suggesting manufacturers had little power to pass on rising costs. With consumer inflation at a two-year low in November, that could fuel hopes of an interest rate cut by the Reserve Bank of India at its next policy review.

The central bank unexpectedly kept its key policy rate unchanged at 6.25 percent earlier this month, despite calls for action in the face of the intense cash shortage. The RBI said the impact of the cash squeeze may be short-lived and it needed more time to see if the move would cause more lasting damage to economic activity.