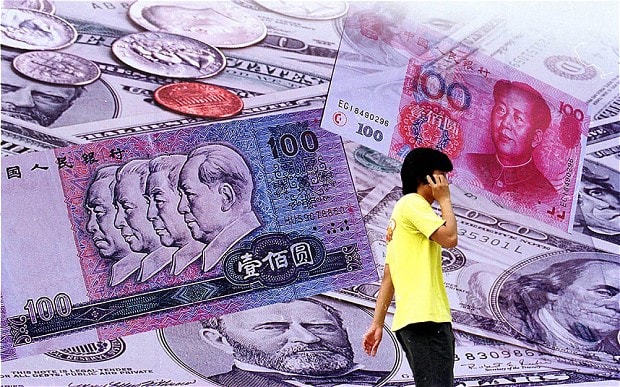 BEIJING Dec 26 The fate of a defaulted $ 45 million Chinese corporate bond sold through an Alibaba-backed online wealth management platform was thrown into doubt on Monday, after a bank said letters of guarantee for the bonds were counterfeit.

China Guangfa Bank Co Ltd (CGB) said guarantee documents, official seals and personal seals presented by the insurer of the bonds “are all fake” and that it has reported the matter to the police.

The dispute highlights challenges in China’s loosely regulated online finance industry, where retail investors often buy high-yielding bonds and other assets, expecting them to be “risk-free” due to guarantees provided by various parties. At the centre of the latest dispute are 312 million yuan ($ 45 million) worth of high-yielding bonds issued by southern Chinese phone maker Cosun Group that defaulted this month.

On Monday, CGB said the documents were fake and that it had reported the incident to police as “suspected financial fraud”.

Zheshang Insurance late Monday said it was aware of CBG’s statement and that it too had reported the incident to the police.

The dispute follows instances of financial fraud this year including forged bond agreements that led to brokerage Sealand Securities sharing potential losses of up to $ 2.4 billion. In May, the government advised banks to be vigilant after several cases of bill fraud.

Ant Financial on Tuesday said Zheshang Insurance “hasn’t any reason to refuse repayment” which it was obliged to do “within three days” of default. On Friday, an Ant Financial spokeswoman told Reuters the Cosun bond default was “a one in billions incident” on the platform.