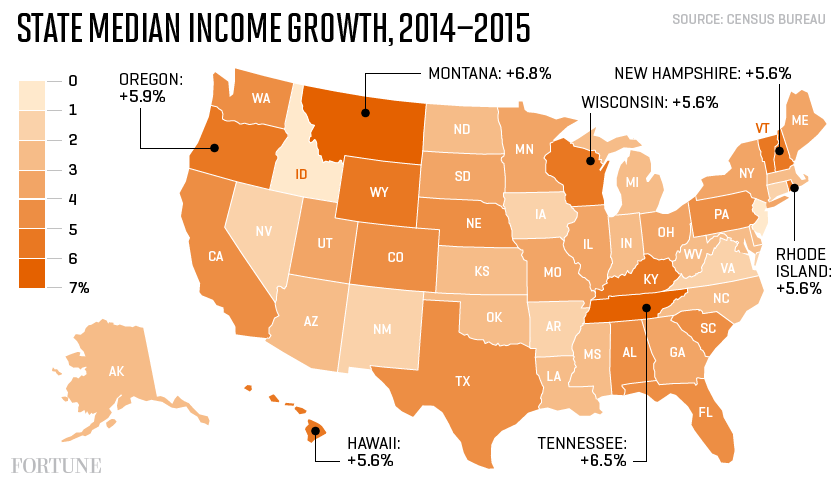 The 5 Most Interesting Wall Street Predictions for 2017

The U.K. broke away from the European Union, Americans elected Donald Trump for president, and despite all the doom and gloom the world economy has clung on to its track.

Considering all these surprises, can Wall Street really predict what 2017 will bring? Probably not. Nonetheless, taking a hard look at economic data, historical trends, and social media(in one case), the Street’s biggest banks took a stab at it anyway.

Plenty of the banks were predicting that Trump would lower taxes and reduce regulation. But Fortune has picked through Wall Street’s analysts 2017 outlook reports to find the most interesting predictions for the coming, unprecedented, new year.

Many on Wall Street are largely ignoring a main tenant of Trump’s economic plan: His anti-free trade policies and plans to deport immigrants. Wall Street’s take: Perhaps they should be.

Goldman Sachs for example noted in its 2017 outlook that concerns over Trump’s trade policy are “likely overdone.” Credit Suisse said, “Our judgement is that the rhetoric on protectionism and immigration will be toned down.”

“We are clear in the note that we assume Trump will not deliver on his promises to raise tariffs,” the team wrote. “In our baseline we have a faster pace of consumer spending and business investment, both of which result in higher imports, as well as a 10% rise in the trade-weighted dollar through mid-2017, which depresses exports.”

Nomura:
Way too much U.S. productivity.

Economists and analysts have noted that U.S. productivity, a measure of output per worker, has remained flat or fallen in the past few quarters—despite advances in technology. But in 2017, that measure could ramp up dramatically and unexpectedly. That would result in a shock to markets. At least that’s what U.S. analysts at Japanese bank Nomura say is a possibility.

“We know that low investment has been a key contributor to poor productivity. It certainly has been true that investment in buildings and equipment is at recessionary levels. But investment in intellectual property and Research & Development is running at close to post-crisis highs. The fact that this form of investment is less tangible makes it easy to miss. It could also provide the foundation for a surge in productivity. Were this this to happen, implications for the markets would be far-reaching from stronger equity markets to a more aggressive Fed hiking path,” the team wrote.

Their point: The long awaited productivity boom could be bad for stocks. Higher inflation likely would lead to interest rate increases. And when interest rates rise, that’s generally bad for corporate profits and the stock market. It also makes bonds more attractive.

Of course, for now, investors have largely piled into stocks following Trump’s election.

Nomura also added that such an unforeseen surge in U.S. productivity however, is unlikely.

Credit Suisse:
In which wages grow so high it could cut into GDP

While banks such as UBS see rising wages as a boon to GDP growth, Credit Suisse noted that lower unemployment and higher wages could be a signal of lower corporate profits—and therefore lower GDP.

In their lists of concerns for 2017, Credit Suisse noted: “The worry we have is that labour, with the unemployment rate edging lower, is getting more pricing power. This is evident in the recent wage component of Employment Cost Index data, average hourly earnings and the Atlanta Fed’s wage tracker for job switchers. Ordinarily, as the wage share of GDP rises, the profit share of GDP falls. A fall in profits normally coincides with decelerating GDP growth (as corporates reconsider capex and employment decisions), especially against the current backdrop of relatively high corporate leverage.”

According to data from the Bureau of Labor Statistics, compensation costs for civilian employees, on a seasonally adjusted basis, rose 0.6% in the three months ending in September. Wages alone rose 0.5% during that period.

Wells Fargo:
2017 Will Be a Year for the Hedge Funds and Stock Pickers

Hedge funds took a pummeling at the start of 2016 in a volatile market, giving a boost to passive investing strategies such as exchange-traded funds, which track an index. Investors noted that hedge funds as a whole have underperformed the S&P 500 funds generally come with lower fees—resulting in some $ 66.7 billion in hedge fund outflows in the first nine months of 2016, according to Preqin.

But in the Wells Fargo’s 2017 Outlook, Wells Fargo Investment Institute’s head of global alternative investments, Adam Taback, says that volatility will be a main theme in 2017. That provides the right conditions for active investing.

“Globally diversified low-net managers can navigate higher volatility. This can allow investors to focus on unlocking value and complement allocations to traditional equities,” Taback wrote. “Security selection should remain favorable, which is why we are more constructive on strategies that have low net-exposure profiles such as Equity Hedge and Relative value.”

Granted, hedge funds did turn positive starting in the second quarter, churning out returns of 2.26% by Dec. 7, according to Hedge Fund Research.

RBC:
Markets will be at the mercy of Trump’s twitter feed.

Based on the tremendous cost and cost overruns of the Lockheed Martin F-35, I have asked Boeing to price-out a comparable F-18 Super Hornet!

Unlike his predecessors, Trump has been less concerned with walking the straight line of political correctness. His Twitter feed has also been known to be his medium for communication, except now that he is the leader of the U.S., his tweets can shift markets. In early December, shares of Boeing took a dip last week after the president-elect tweeted that the cost of a Boeing-built Air Force One would be “out of control” and exclaimed: “Cancel order!” A a week later, hedge funds were able to profit when Lockheed’s Martin’s stock fell by predicting Trump’s tweet slamming the aerospace and defense company.

“The president-elect has a propensity to say what’s on his mind, regardless of whether it’s politically correct or comports with the typically more cautious language of Wall Street,” In RBC’s 2017 outlook, the bank noted that what Trump says and does now could create more uncertainty in markets. “Controversial statements could create uncertainty and rattle the market at times. More substantively and importantly, Trump’s actions on trade or immigration could generate market swings.”