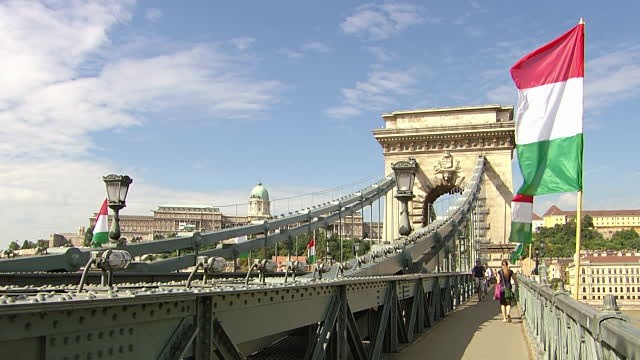 Hungary could slash personal income tax to 9 pct in 2018

BUDAPEST : Hungary could slash the personal income tax rate to 9 percent from the present 15 percent in 2018 if economic growth climbs above 3 percent on a sustained basis, its economy minister was quoted as saying by business daily Vilaggazdasag on Friday.

Earlier this week, Prime Minister Viktor Orban’s government, which faces an election in the spring of 2018, raised its economic growth forecast to over 4 percent in the next two years after unveiling a batch of stimulus measures.

The sharp improvement in growth outlook follows an agreement with private sector employers on big hikes in the minimum wage for the next two years in return for cuts in payroll taxes and a reduction in the corporate tax to a flat 9 percent.

Economy Minister Mihaly Varga told Vilaggazdasag that Orban’s government, which has stabilised the budget with unorthodox measures such as a bank levy and a string of sectoral taxes on companies, could also consider lowering personal income tax to that level. “If our expectations are met and the economy can move up to a growth trajectory above 3 percent on a sustained basis, that will create room for further measures,” Varga was quoted as saying in an interview. “My personal opinion is that after lowering the corporate tax rate to 9 percent … the personal income tax would be worth lowering,” Varga said.  “I trust that this will be a realistic issue already in 2018,” he said, adding that the government aimed for a single-digit flat income tax regime.

Asked about a late-2016 spending spree, which local media has estimated could lead to a 1 trillion forint ($ 3.38 billion) monthly shortfall in December, the biggest on record, Varga said the deficit would remain under control.

“Our most pessimistic expectations put the deficit at 2.1 to 2.3 percent (of gross domestic product),” Varga said, adding that he did not rule out a lower figure closer to the government’s original 2 percent target for the full year.