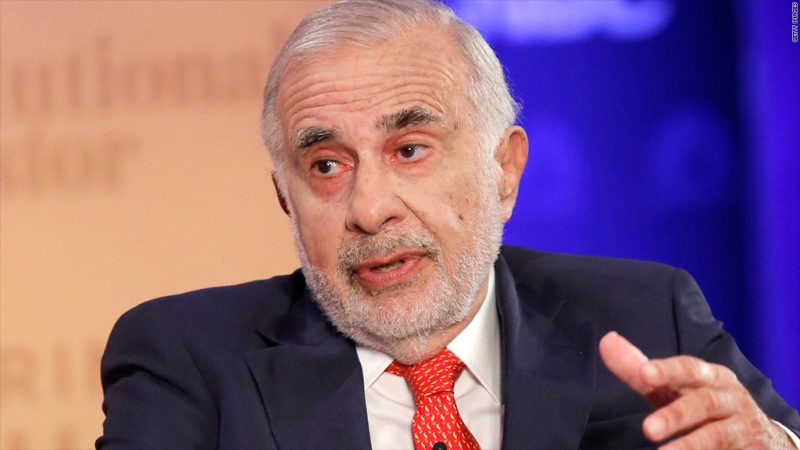 Icahn will serve as a special adviser, not a federal employee, and he will not have specific duties, Trump’s team said in a statement. He will not take a salary, a transition aide said.

In the transition team statement released on Wednesday, Icahn said it was time to “break free of excessive regulation” and let businesses create jobs.

Icahn, an early supporter of Trump’s White House bid who has at times been outspoken about regulation, has already helped the transition team weigh candidates to lead the Securities and Exchange Commission. He has held meetings at his New York City office, not far from Trump Tower but away from reporters staked out there, people familiar with the talks said.

Over the years, Icahn’s businesses have had occasional regulatory run-ins, according to disclosures with the Financial Industry Regulatory Authority. He is a large investor in nutrition supplement maker Herbalife, which said at one time it was investigated by the SEC.

“Voters who wanted Trump to drain the swamp just got another face full of mud,” Democratic National Committee spokesman Eric Walker said in a statement, referring to Trump’s pledge to clean up Washington.

Icahn, who was once known as a corporate raider, said in a recent Reuters interview the 2010 Dodd-Frank banking law “went too far.” He is a critic of the U.S. biofuels program that requires oil companies to use renewable fuels such as ethanol.

“I do believe that, to some extent, we have gone overboard concerning the environment. But I leave that to the experts in that area,” Icahn told CNN in a recent interview.

Trump and Icahn share some history in the casino business. Icahn this year helped shutter the Trump Taj Mahal Casino Resorts in Atlantic City, two years after buying it out of bankruptcy. The casino was once a prized part of Trump’s empire.