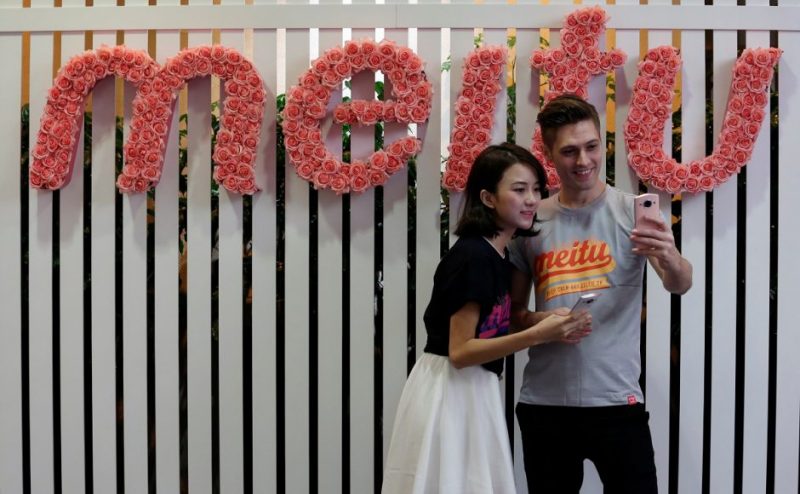 It may not be up there with Facebook’s IPO in 2012, but a Chinese app-maker has just photoshopped its way to billions of dollars in market value, leaving behind countless selfies with pale pointy faces in its trail to riches.

Meitu, whose smartphone app allows users to aggressively retouch their faces in photos, is trying to profit off its apps’ popularity by listing its stock in Hong Kong. According to Reuters, the company has so far raised over $ 600 million in what is the semi-autonomous territory’s biggest tech stock listing in almost a decade. CNNMoney reports that the company’s value now stands at $ 4.6 billion.

As reported by CNN, Meitu’s photo retouching apps are hugely popular in China and elsewhere in Asia, with a 456-million user base pumping out over 6 billion photos online every month. Its flagship app, MeituPic, offers a combination of Instagram filters, Snapchat-esque stickers, and blemish removal, and even lets users make their skin look whiter, eyes look wider, and faces look slimmer, among a slew of other functionalities that allow users to alter pictures to their hearts’ content.

Other products in Meitu’s pipeline also have to do with making photos prettier. According to CNN, they include an app that “applies makeup” on users’ selfies through augmented reality, as well as a live-streaming app that broadcasts a similar effect in real time. There are reportedly even Meitu-branded Android smartphones that allow users to take 21-megapixel selfies through the front camera.

The company’s stock price initially rose by 3.3% in its first morning of trading in the Hong Kong market, reports Reuters. But Meitu shares later fell below its offering price level of HK$ 8.50 ($ 1.10) per share, leading some to question the city’s future potential as a tech listing hub.