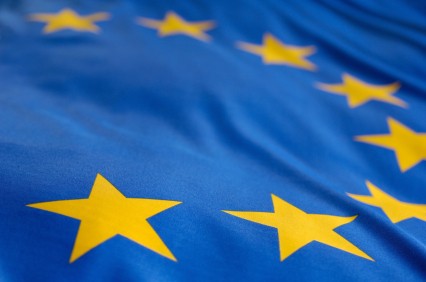 The European Central Bank said it will start “tapering” its monetary stimulus to the Eurozone already in April 2017, cutting its monthly bond purchases by a quarter to 60 billion euros from 80 billion.

This decision comes as a shock to financial markets, which expected the ECB to carry on with its “quantitative easing” at its current pace for some months. However, the shock was mitigated by the ECB also announcing that it would extend its purchases for nine months to the end of 2017.

“From April 2017, the net asset purchases are intended to continue at a monthly pace of €60 billion until the end of December 2017, or beyond, if necessary, and in any case until the Governing Council sees a sustained adjustment in the path of inflation consistent with its inflation aim,” the bank said in a statement following a regular meeting of its governing council in Frankfurt.

The ECB also, as expected, left its key deposit rate unchanged at -0.4%, with its refinancing rate and marginal lending rates staying at 0% and 0.25%, respectively.

Financial markets didn’t immediately know what to make of the announcement. The euro spiked against the dollar initially, reacting to what it thought was a tightening of monetary policy. However, it quickly turned around and was trading around a quarter of a cent lower than its pre-meeting level within 10 minutes.

Draghi is likely to face intensive questions about the effect of Italy’s political turmoil in the wake of the weekend referendum on the government’s attempts to clean up a banking system clogged with hundreds of billions of euros in bad debts.

The Financial Times reported Thursday that the Italian Treasury had asked for another month to recapitalize Banca Monte Paschi di Siena, the country’s third-largest bank by assets and the bank that fared worst in this year’s EU stress tests.

The ECB wanted Monte dei Paschi’s recapitalization to be completed by the end of the year. But the resignation of Italian Prime Minister Matteo Renzi has created a political vacuum in Rome, frightening potential investors off a sale of new shares in the bank.

Italy’s bond market didn’t like the news from Frankfurt at first sight. The yield on the benchmark 10-year Italian bond rose from 1.97% to 2.03% on the prospect of reduced buying from the central bank.