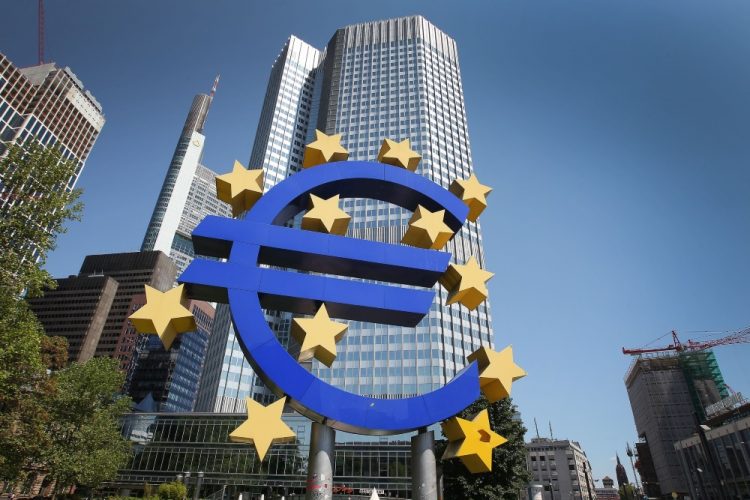 FRANKFURT : The European Central Bank caught financial markets off-guard on Thursday by announcing it would trim asset buys from April next year, even as it reserved the right to increase purchases again if the euro zone’s recovery faltered.

The euro initially jumped to a three-week high after the announcement, but quickly retreated to be flat on the day. Bond yields across the single currency area also rose, but pared gains later.

“The bank has extended its quantitative easing program until December which is more than what the market was expecting,” said Naeem Aslam, chief market analyst at ThinkMarkets

“However, the bank is going to reduce their firepower after March and will only be purchasing 60 billion. So you can say that the bank is tapering in a more dovish way.”

European Central Bank President Mario Draghi made clear, however, that he was not offering an outright winding-down of the program.

“There was no discussion of tapering today,” he said at a news conference. “A sustained presence is also the message of today’s decision.”

“If, in the meantime, the outlook becomes less favorable or if financial conditions become inconsistent with further progress towards a sustained adjustment of the path of inflation, the Governing Council intends to increase the program in terms of size and/or duration,” Draghi said, reading from the Council’s statement.”Uncertainty prevails everywhere. .. This is the reason for that sentence in the introductory statement,” he told a news conference after a decision he called “pragmatic and flexible”.

The bank was also firm about the new plan could and would be reversed.

The bank confirmed it would loosen rules for its purchases to ensure the program continued smoothly, notably broadening the maturity range for eligible securities and permitting purchases of bonds yielding below the ECB’s deposit rate.

With high risk elections looming in four of the euro zone’s five biggest economies, the ECB was fully expected to keep the asset buys going, likely fearing that cutting back prematurely could abort a still timid recovery in the euro zone.

But as much of its firepower is exhausted and conservative member states, particularly Germany, grow frustrated with its unprecedented stimulus, the ECB was under pressure to cut back.

The ECB has already spent more than 1.4 trillion euros ($ 1.5 trillion) buying bonds and has been at pains to emphasize that maintaining easy financing conditions is ‘crucial’, with underlying inflation stuck below 1 percent.

Interest rates, seen by most to have bottomed out, were kept unchanged, with the deposit rate kept deep in negative territory.

The ECB maintained its inflation forecast at 0.2 percent this year, raising it slightly to 1.3 percent next year and said it saw inflation at 1.5 percent in 2018 — just below the 1.6 percent it forecast in September.

Euro zone economic growth is shrugging off Britain’s decision to leave the European Union, and Germany, the bloc’s growth engine, seems to be picking up speed again.

Ironically, the collapse of Italy’s government this week may hasten instead of delay the recapitalization of ailing lender Monte dei Paschi (BMPS.MI), much to the ECB’s relief. It has pointed to weak banks as an obstacle to transmitting stimulus.

But beneath the surface, the outlook is far from comforting. The inflation rise is almost entirely due to past declines in oil price being knocked out of statistics. Underlying inflation is flat, if not slowing, suggesting that price growth is far from sustainable, a key condition for removing stimulus.Wage growth has also disappointed, suggesting that companies have cut their inflation expectations. This is a hard-to-break cycle that could entrench anemic price growth, making it harder to get it back to the desired at-or-just-below 2 percent.

Even consumption, the key driver of growth is not as good as it looks. Consumption has been driven a jump in disposable income due to oil price falls and loose ECB policy. But Brent crude LCOc1 is up 14 percent in the past three months, leaving monetary policy as the chief driver of consumption.

The rising clout of populist parties could also weaken governments’ resolve to push ahead with painful but needed reforms. Elections in France, Germany, the Netherlands and possibly Italy could leave the ECB with more of the burden.

Even if many of the ECB’s fresh economic forecasts will be broadly unchanged from three months ago, the projection for underlying inflation is likely to be cut, a sign that the rise in inflation may be temporary.