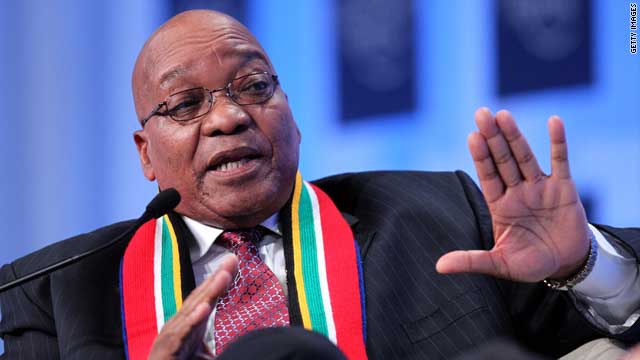 JOHANNESBURG : South African President Jacob Zuma has asked the High Court to set aside a report by an anti-corruption watchdog that called for a judicial inquiry into alleged influence-peddling in his government, the president’s office said on Saturday.While stopping short of conclusive findings, the report by the Public Protector watchdog has increased political pressure on Zuma by calling for an investigation into whether he, some cabinet members and some state companies acted improperly.

Political analysts say Zuma’s scandal-ridden leadership has been weakened further by the allegations in the report. They have rattled financial markets and spurred efforts by some in Zuma’s own party and in the opposition to unseat the president.

The president’s spokesman, Bongani Ngqulunga, said Zuma had lodged an application on Friday “for a review of the report”.

Zuma — who has previously described the report as “unfair” in parliament — wants the court to send the report back to the watchdog for further investigations and says its author had no right to call for a judicial inquiry, court papers showed.

The watchdog’s report, released on Nov. 2, focused on allegations that businessman brothers Ajay, Atul and Rajesh Gupta had influenced the appointment of ministers. Zuma and the Gupta brothers have denied the accusations.

The report — which Zuma had sought to block through the courts before it was released to the public — called for a judicial inquiry be set up by the president and for a judge to be appointed by the chief justice within 30 days of its release.

Zuma, 74, has repeatedly denied accusations of corruption since taking office in 2009

The official opposition leader and head of the Democratic Alliance, Mmusi Maimane, criticised Zuma’s “ill-conceived attempt” to set aside the report and said in a statement his party would oppose the court application.

“The report has unnerved the position of the president,” said Daniel Silke, a director at Political Futures Consultancy. “Zuma is fighting for his political life. The report left him more vulnerable and open to contestation for his position.”

But with the economy seen growing by only half a percent this year and unemployment near record levels, the rating agencies have warned that the political tensions surrounding him could derail efforts to boost economic growth.

Zuma faced censure this week from some party officials who asked him to resign, but a majority of his African National Congress’ (ANC) national executive committee backed him.

Zuma will face the ANC’s integrity commission this weekend following the persistent allegations of corruption and poor election results, the party has said previously.