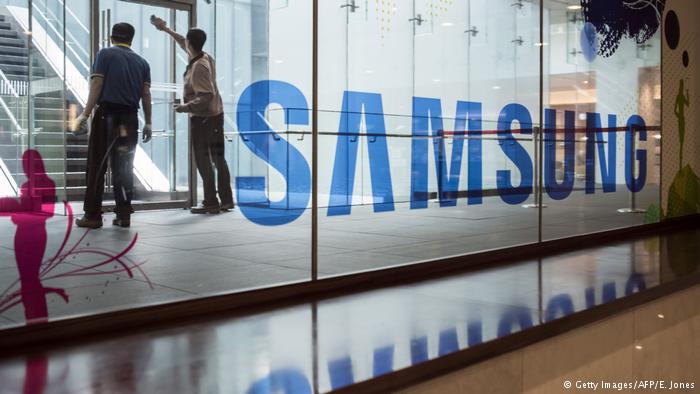 S Korea : Samsung Will Unveil Its Plans to Appease Angry Shareholders on Tuesday

Samsung Electronics said it will disclose plans to boost shareholder value on Tuesday—a move that comes amid pressure from U.S. fund Elliott Management to split the company in two and provide more in payouts.

The U.S. activist hedge fund, which owns 0.6% of Samsung, called on the South Korean tech giant in October to divide itself into a holding vehicle for ownership purposes and an operating company, as well as pay out 30 trillion won ($ 26 billion) in a special dividend.

The Seoul Economic Daily, citing an unidentified source, reported on Monday the firm will say it plans to consider a split. Samsung declined to elaborate further on Monday on its plans, although it said last month it is considering buying back more shares.

A split in two has long been a subject of market speculation with analysts noting that such a move could help the Samsung Group founding family heirs to boost their control of the world’s top maker of smartphones, memory chips and televisions.

“It’s difficult to argue with the logic of Elliott’s proposals,” said David Smith, head of corporate governance at Aberdeen Asset Management Asia. “A simpler structure is certainly preferable, and yes most would agree they can afford to pay out more.

“What is important is that these changes should benefit all involved, including family, group, and minority shareholders,” he said.

Samsung ssnlf is also keen not to alienate investors at a time when it is reeling from a disastrous withdrawal of the fire-prone Galaxy Note 7 smartphone that the firm projects will cost 6.1 trillion won in profits over three quarters.

Its offices have also been raided by prosecutors as part of a widening political scandal involving a confidante of President Park Geun-hye.

Other measures proposed by Elliott, which unsuccessfully challenged a controversial 2015 merger of two Samsung Group affiliates, includes the return of at least 75% of free cash flow to investors and the appointment of some independent directors.

New shareholder return plans would also follow a tightening of control by de facto Samsung Group leader Jay Y. Lee, who took over the reins after his father and Samsung patriarch was incapacitated following a May 2014 heart attack.

Samsung Group has sold non-core assets and pushed through a merger of two affiliates in 2015 to consolidate stakes in key affiliates under a company controlled by Jay Y. Lee and his two sisters, as the founding family moves to secure a stable transfer of control.

Lee also recently became a board member at Samsung Electronics.

“Even if Samsung Electronics does not comment on specifics such as the timing of a split … the firm will at least say it will implement ownership structure changes in a reasonable manner,” HI Investment said in a report on Monday.