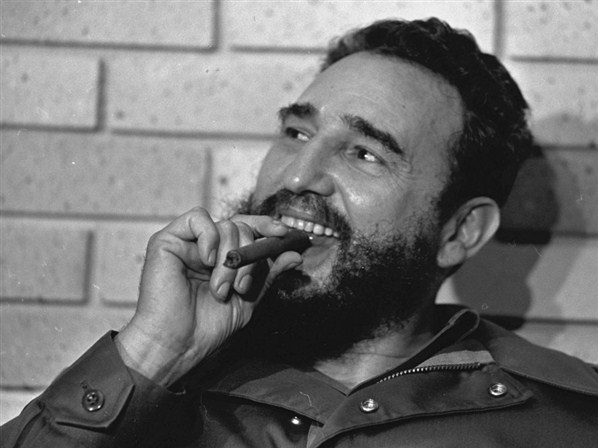 The following are some facts about former Cuban leader Fidel Castro.

* Fidel Castro led Cuba for five decades and was the world’s third longest-serving head of state, after Britain’s Queen Elizabeth and the King of Thailand. He temporarily ceded power to his brother Raul in July 2006 after undergoing intestinal surgery. The handover of power became official in 2008.

* In his last years, Castro occasionally appeared in public and in videos and pictures usually meeting with guests. He wrote hundreds of columns for the official media. Stooped and walking with difficulty, Castro was seen in public twice in 2012 and twice in 2013. He was seen in public on Jan. 8, 2014, at the opening of a cultural center, though photos of visiting dignitaries at the Castro home appeared after that.

* Castro holds the record for the longest speech ever delivered to the United Nations: 4 hours and 29 minutes, on Sept. 26, 1960, according to the U.N. website. One of his longest speeches on record lasted 7 hours and 30 minutes on Feb. 24, 1998, after the national assembly re-elected him to a five-year term as president.

* Castro claimed he survived 634 attempts or plots to assassinate him, mainly masterminded by the Central Intelligence Agency and U.S.-based exile organizations. They may have included poison pills, a toxic cigar, exploding mollusks, and a chemically tainted diving suit. Another alleged plan involved giving him powder that would make his beard fall out and so undermine his popularity.

* Despite the plots, a U.S.-backed exile invasion at the Bay of Pigs and five decades of economic sanctions, Castro outlasted nine U.S. presidents, from Dwight Eisenhower to Bill Clinton, stepping down while George W. Bush was in office.

* Castro used to chomp on Cuban cigars but gave them up in 1985. Years later he summed up the harm of smoking tobacco by saying: “The best thing you can do with this box of cigars is give them to your enemy.”

* Time Magazine in 2012 named Castro as one of the 100 most influential personalities of all time.

* Castro had nine children from five women. His eldest son Fidel Castro Diaz-Balart, who is the image of his father and is known as Fidelito, is a Soviet-trained nuclear scientist born in 1949 out of his brief marriage to Mirta Diaz-Balart. Daughter Alina Fernandez, the result of an affair with a Havana socialite when Castro was underground in the 1950s, escaped from Cuba disguised as a tourist in 1993 and is a vocal critic. Castro has five sons with his common-law wife since the 1960s, Dalia Soto del Valle. He also has a son and a daughter born to two other women with whom he had affairs before coming to power.