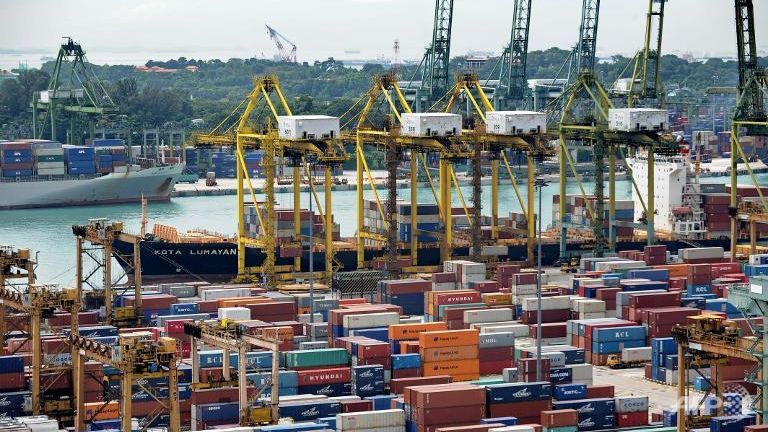 Singapore Downgrades Its GDP For 2016

Singapore downgraded its forecasts on economic growth and exports for 2016 after confirming a contraction in output in the third quarter, raising the risk of a recession amid fresh uncertainty around global trade under U.S. President-elect Donald Trump.

The trade-reliant economy is expected to grow 1.0-1.5% this year, compared with the previous projection of 1.0-2.0%, the Ministry of Trade and Industry said in a statement on Thursday.

The economy shrank 2.0% in the July-September period from the previous three months on an annualized and seasonally adjusted basis, the ministry said.

That compared with the government’s initial estimate on Oct. 14 of a 4.1% contraction and a median forecast of a 2.5% slump in a Reuters’ poll.

The affluent city-state’s economy has been hobbled by dwindling exports amid stubbornly weak global demand, while domestic consumption has also remained anemic with entire floors at some central shopping malls empty.

Non-oil domestic exports are seen falling 5.0-5.5% this year, the trade agency International Enterprise Singapore said in a separate statement, versus a previous forecast of 3.0-4.% contraction.

Activity in the manufacturing sector declined 9.1 percent in the third quarter from the prior three months, the latest data showed, better than an initial estimate of a 17.4% contraction.

The sector’s outlook remained bearish with exports in October sharply down.

The external and domestic headwinds have raised the risk of a recession in Singapore, and heightened the chance of fiscal or monetary stimulus over the near term, analysts said. The central bank held its exchange-rate based policy unchanged in its October meeting, though analysts say a deteriorating growth outlook could force it to ease again at its next review in April 2017.

With Trump’s Nov. 8 election victory and his campaign promise to tear up international trade deals threatening to shatter a fragile global recovery, Singapore‘s open economy remains among some of the most vulnerable markets to U.S. protectionism.

Services producing industries fell a revised 1.3% in the July-September period, slightly better than the earlier estimate of a 1.9% slide.

Among the services industries, the financial sector shrank 4.7% on-quarter.

Gross domestic product grew 1.1% in the third quarter from a year earlier, the latest government estimate showed, higher than the advance estimate of 0.6% growth and a 1.0% expansion in the Reuters survey.